Get listed
Create your Listing
Very easy process, just send your site informations at:
karmaerror (@) ssvar.ch Send your logo and details
A good picture and most significant details
Be visible
Be between the best. VR, AR, MR Club of the fames 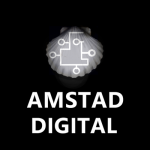 As a company we are majorly focused on VR/AR/MR related projects. This year we were at wvrf17.com in the Swiss Pavilion with three projects (a VR game, an experimental 360 video series and a VR solution for real-estate) 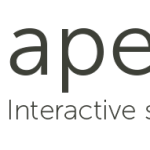 Emilie Joly, Maria Beltran Reyes, Sylvain Joly and Michael Martin may have different backgrounds, though they all chose interaction design for their Master’s degree. After graduating from the University of Arts and Design in Geneva (HEAD), the four designers founded apelab as a studio for interactive storytelling, prototyping and experimentation with new technologies, focusing on playful and accessible experiences.

One of apelab’s projects was an interactive story on 360° for iPad, which got a lot of attention from the media. Called ‘IDNA’ at that time, its storyworld and interaction technology was continuously developed.

As virtual reality was making his comeback with the Oculus Rift, apelab decided to focus on the medium and adapt IDNA, which was renamed ‘Sequenced’, for the upcoming virtual reality headsets.

Apart from Sequenced, apelab has been developing a variety of interactive projects including games for museums and exhibitions, interactive scenography for theater plays, and recently collaborating with Google on their platform Project Tango with ‘Break a Leg’, a game available on Google Play. 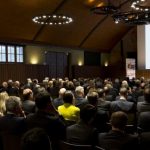 Want to be in? send an email to karmaerror (/at/) ssvar.ch

Augmented, Virtual and Mixed Reality Directory : All the best VR, AR, MR compagnies, SME, Startups in the world are welcome.