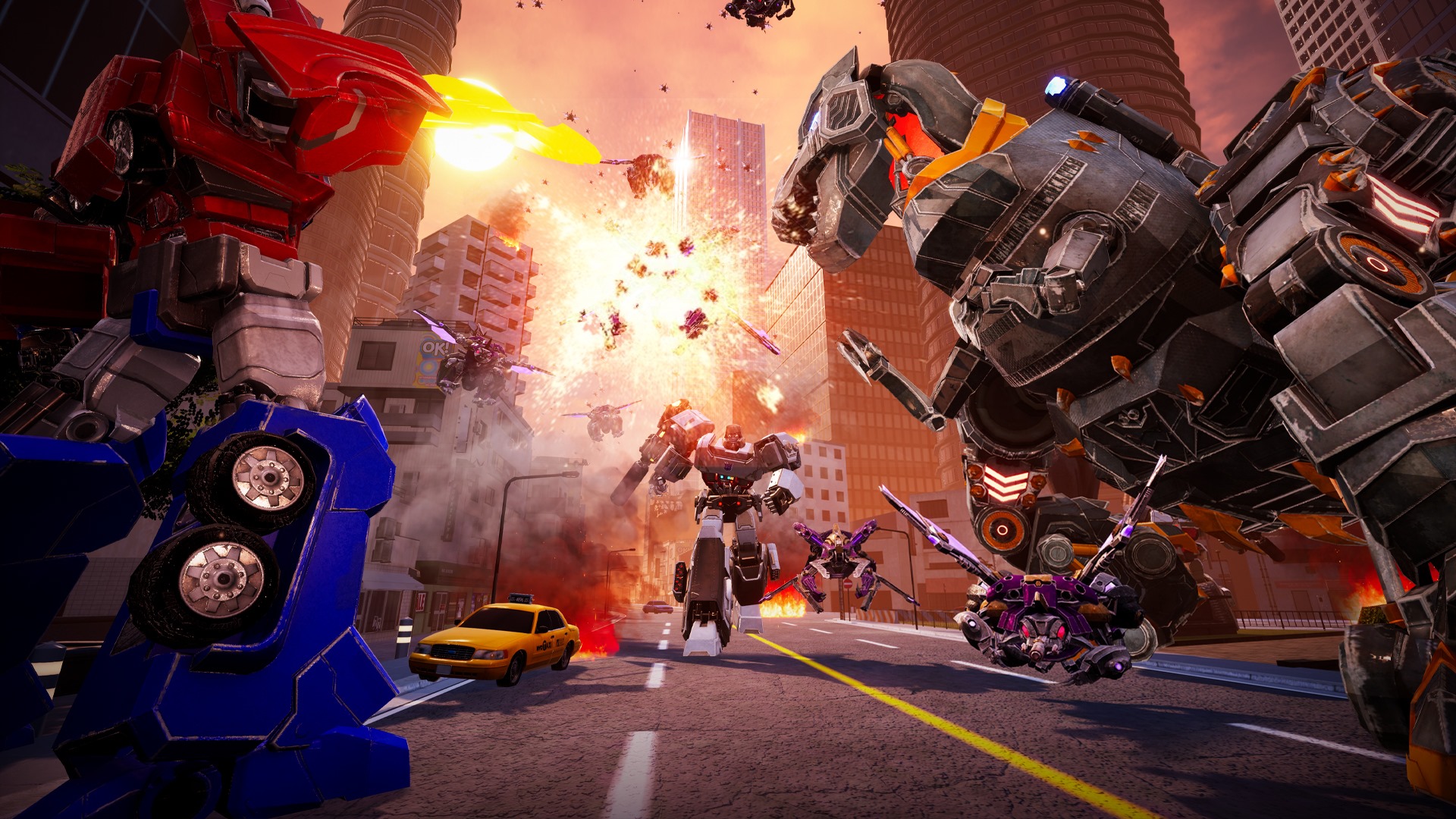 The game, titled Transformers Beyond Reality, was announced at Hasbro Pulse Con, a virtual event featuring new announcements from the toy company. During the day one stream, Hasbro announced the title and gave an exclusive first look with an announcement trailer, which you can view embedded below. If the timestamp doesn’t work, the trailer begins at roughly at the 1:42:20 mark.

Hasbro says the game is being developed by Metaphor Interactive and will release for PSVR and SteamVR later this year. The plot sounds shockingly familiar — you will join the Autobots in a fight against the Deceptions to save Earth and Cybertron. What else is new? Beyond that, there’s surprisingly little info, except for some sparse Twitter and Facebook accounts associated with the game, which describe it as a “thrilling arcade-style first-person shooter VR game”.

This isn’t the first piece of Transformers VR media announced recently, but it is the first one available for home release — Transformers: VR Invasion is a location-based VR experience that will be available in the US, UK and Australia. The last we heard about that experience was last December, with a release date still not finalized.

Likewise, Hasbro also recently announced a new mobile AR game, Transformers: Heavy Metal, produced in partnership with Niantic. Heavy Metal is currently in soft launch, with a beta running in New Zealand and the Philippines. Beta roll-out to further regions has yet to be announced but you can register you interest by signing up on the game’s site.

Source: Transformers Beyond Reality Coming To PSVR, SteamVR This Winter