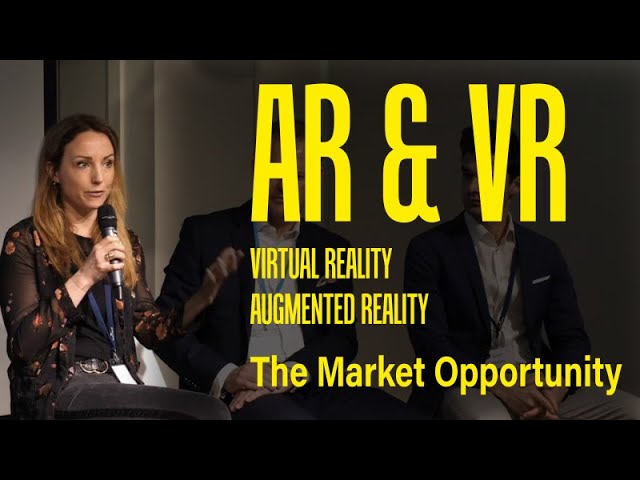 This video features a panel discussion with industry experts from both the Augmented Reality (AR) and Virtual Reality (VR) sectors.

David Wheelen is the CEO of VR Education Holdings PLC. They run a platform called ‘Engage’ which allows Educators and Corporate Trainers to teach remotely whilst creating and sharing their own content – it’s a little bit like a virtual reality version of powerpoint. Nikki Lannen is the CEO of a games company called Warducks. They are mostly focused on mobile augmented reality and have produced the top-selling VR games for the playstation. Martin Higginson is the CEO of Immotion Group PLC. They focus on out of home VR experiences and partner with organisations such as Merlin Entertainments. Sam Huber is the founder of Admix which is one of the first monetisation platforms for Virtual Reality and Augmented Reality. Their platform allows advertisers to place non-intrusive advdertising in VR and AR. They currently place around £200m of ads per month.

Immersive experiences are already present in our day to day live. The prevalent and well known examples are in the AR sector – think snapchat. AR is far more common than VR as users are only required to have a smartphone or tablet in order to engage with it. VR devices not widely owned, so although the technology is advanced, it has yet to hit the mainstream. In the 1960’s people rushed out to buy TV’s so that they could watch the moon landings, and it will probably take a similar event to bring VR into the people’s everyday lives.

The panel discuss current trends in VR & AR, take a look emerging technologies and the challenges they face, as well as unearthing future trends for investors. Has VR and AR Peaked? Watch the speakers and decide for yourself!