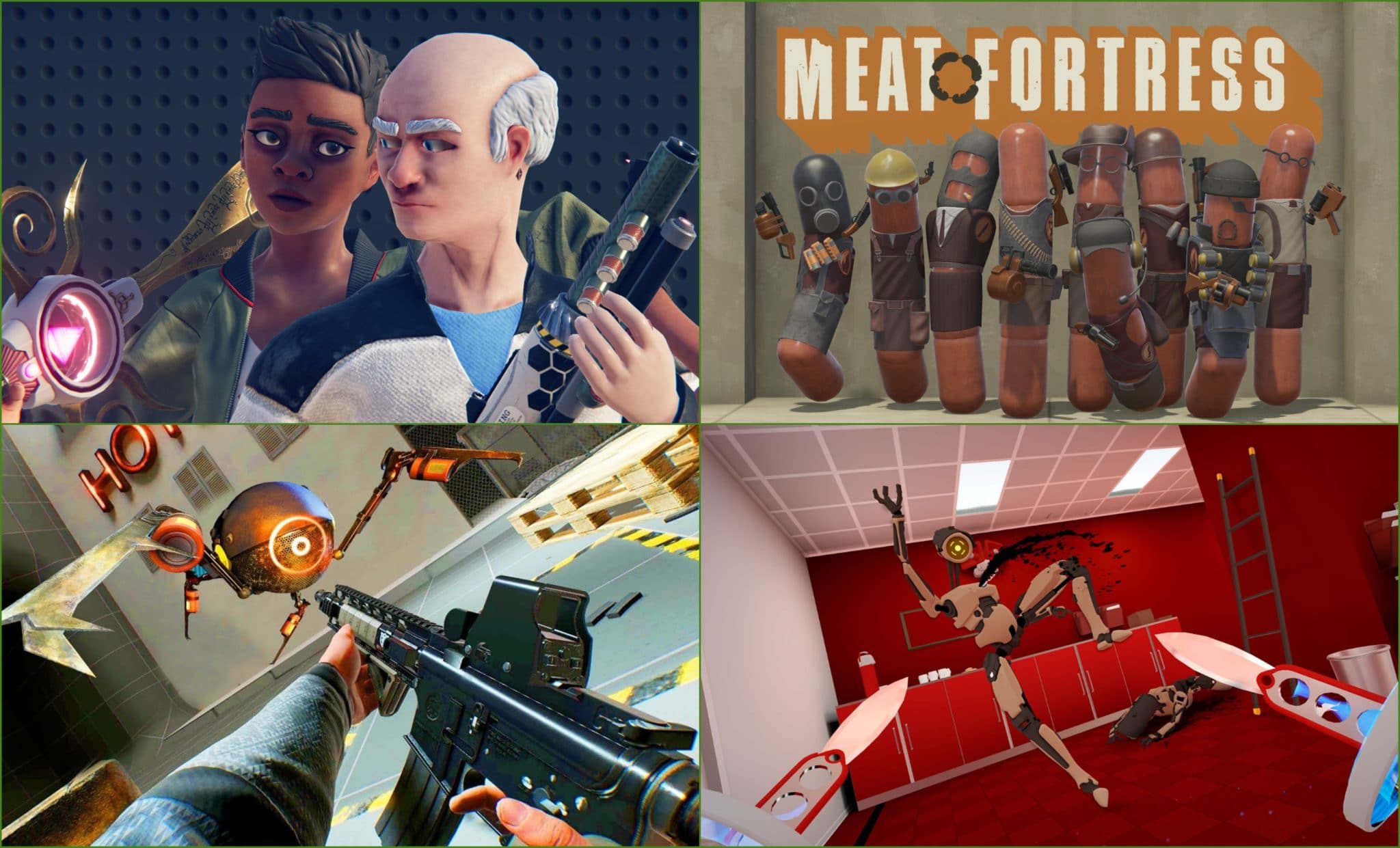 Even if you take its fancy headsets out of the equation, Valve’s impact on VR can already be felt throughout the industry and you’ll be able to see the influence of the existing VR market on Valve themselves when Half-Life: Alyx drops next year.

Traces of Valve’s design philosophies can be found in a bunch of VR games. But there’s a handful of studios that have gone a step further. It might be that they’ve collaborated with Valve to put fun Easter eggs into their game, or contributed some important feature, the traces of which you can see in Alyx. In some cases, some of these developers even spent time working at Valve either on the games listed or some of the studio’s own projects. So as much as we’re highlighting the games here, also take note of the developers.

So these aren’t necessarily the absolute all-time greatest VR games. Don’t get me wrong; in most cases, they’re very good. But they’re also closely aligned with the thinking that makes Valve who it is today. If you need some VR games to play before Half-Life: Alyx, these are the ones you should look for.

Hot Dogs, Horseshoes and Hand Grenades currently offers enough guns to arm most of the world’s countries to the teeth. Rust’s ever-evolving sandbox includes some of the most attentive weapon handling you’ll find in VR. You can see much of that attention to detail paid forward in the Alyx trailer when reloading guns.

Not to mention that the game has its own love letter to Valve in Meat Fortress 2, which brings a parody of the classic multiplayer shooter into VR.

If Half-Life: Alyx weren’t right around the corner I’d say it was fairly safe to call Boneworks the most anticipated VR game on the horizon right now. Why? Because, well, it looks quite a bit like Half-Life. Leaping enemy crabs, strange scientific test facilities, so-far silent protagonists and, oh yeah, a crowbar or two? Boneworks wears its inspirations on its sleeves.

Perhaps most importantly, though, Boneworks is a big proponent of Valves’ Index controllers. The studio is also promising to push physics-driven gameplay, which you could argue could be traced back to Half-Life 2, forwards. Every weapon is handled like a real-world object, you need to haul yourself up over ledges and you can create makeshift paths or weapons using basically anything you find. We can’t wait to dive deeper into Boneworks later this month.

Valve is supporting smooth locomotion in Half-Life: Alyx, but the studio believes in comfort first. The trouble is that many players find the teleport-based alternative to be distracting an not immersive. Neat Corp’s Budget Cuts is one of the few VR games to successfully address both of those troubles. It’s a stealth game in which you fire a teleporter gun, look at where you’ll jump to by poking your head through the destination orb and then head through the portal should you so choose.

Not to mention that the game is otherwise chock-full of Aperture-level humor. The only trouble is that Budget Cuts’ tricky AI can really harm the experience. We’ve got our fingers crossed that this won’t be the base by the time the sequel rolls around on December 12.

The Gallery developer Cloudhead’s most obvious link to Valve is Aperture Hand Lab, the Portal-based demo it released alongside the Index controllers. But it’s the team’s initial insistence on exploring direct, fully native VR storytelling that seems like it would have the most impact on Alyx.

Plus The Gallery was the first VR game to pioneer a lot of ideas, like an inventory system doubling up as a backpack you stored over your shoulder. Lots of the series’ DNA can be found in subsequent releases, and it looks like Alyx is no exception.

We called the original Vertigo a decent stab at an indie Half-Life game. Based on the demo published earlier this year, though, Vertigo 2 is going to be a step up from that. This promises not just to echo Valve’s series but also parody it in often hilarious ways too. The demo alone contains more than a few tributes to Valve games.

More importantly, though, Vertigo 2 could be a genuinely fleshed out VR shooter, with a full campaign and weapons designed with the platform in mind. We don’t know when the full thing is releasing, but you should definitely check the demo out ahead of Alyx’s release. Plus developer Zach Tsiakalis-Brown spent time working with Valve on the Moondust demo and The Lab’s Hands-On update.

What other VR games should people play before Half-Life: Alyx? Let us know your thoughts in the comments below!

The post 5 Awesome VR Games To Play In Preparation For Half-Life: Alyx appeared first on UploadVR.