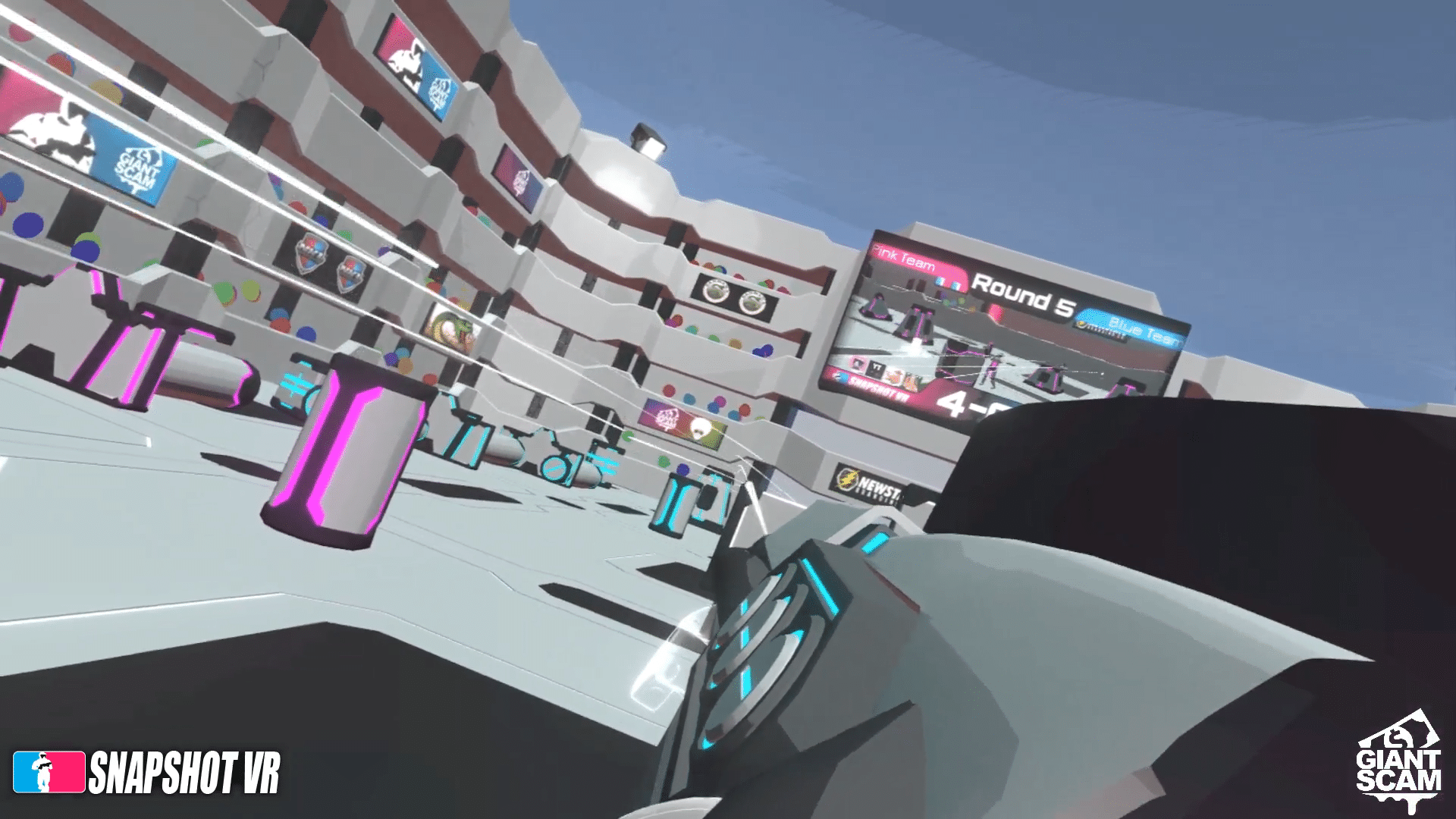 Fast-paced paintball-inspired arena shooter, Snapshot VR from Giant Scam Industries, is out in Early Access now for all major PC VR headsets on Viveport for $19.99 or in the Viveport Infinity subscription plan. It’s also coming to Steam on September 1st.

Last month we revealed the game by highlighting its focus on emulated the paintball experience and now, with its Early Access launch on Viveport, anyone can jump in and check it out. Notably, you don’t even need to pay full price for the game if you don’t want to since it’s included in the Viveport Infinity subscription service, which is quietly becoming one of the best deals in VR even at full price.

What sets Snapshot VR apart is of course the focus on emulating a paintball experience. This means no respawns, one shot and you’re out, and a big focus on tactical movement around intricate maps. This isn’t trying to replace Onward or Pavlov, but is instead aiming to offer its own spin on the genre that’s all about speed and quick reactions.

Snapshot VR will feature actual official National Xball League (NXL) maps and allows players to create their own custom maps using 2D Paintball’s Field Creator that can be exported into Snapshot VR. It should be interesting to see what players can come up with.

Snapshot VR is out now on Viveport, including Viveport Infinity, with specific support for Rift, Rift S, Vive, Vive Pro, Cosmos, Cosmos Elite, Windows MR, and Index from the start. The Steam launch is planned for September 1st.

Let us know what you think down in the comments below!