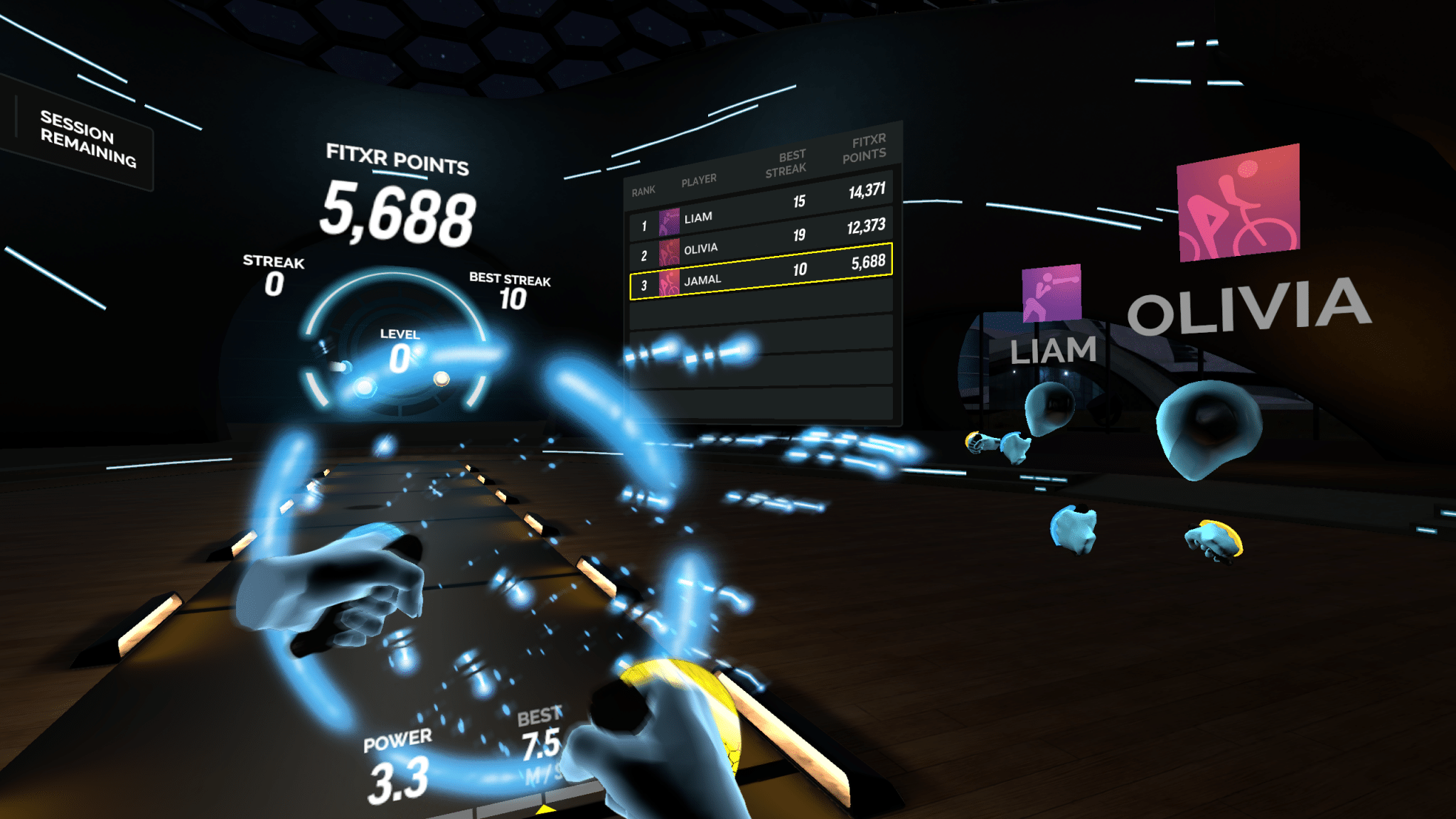 BoxVR is getting a major overhaul on Oculus Quest this week, even branding the title with a new name, FitXR.

Since its release on other headsets a few years back, BoxVR has provided a fun means of working out in VR, getting players to punch notes to the beat. That core gameplay remains in this update, but FitXR (which is the same name as its London-based developer) gives pretty much every other element of the game an overhaul. Check it out below.

For starters, you’ll notice a huge visual update. FitXR now has a futuristic-looking virtual gym, which looks much better than the rather blurry studio that appeared in the older version of the game. This includes an overhauled user-interface, too, which looks cleaner than the original and it’s easier to filter through different playlists.

FitXR also says the app will introduce new multiplayer features for group exercise. Up to seven players can take part in classes.

I’ve already tried a little bit of the experience and one area I want to touch on is the game’s feel. BoxVR always played pretty well, but one common complaint I saw for the game time and again (and experienced myself) was players missing side-jabs and uppercuts. They gave your workouts some variety, but missing these tricky targets was also hugely discouraging.

From what I can tell, it’s now much easier to hit those targets. It might be tweaked mechanics or just the clearer visual style giving better indication, but I’ve managed to pull off those hits far more consistently than I have in the past.

FitXR is launching July 30th on Quest. It’s a free update for existing BoxVR owners and costs $29.99 otherwise. FitXR says it’s working versions for PSVR and SteamVR to release later down the line. You’ll also be able to carry your existing DLC to the game, too.