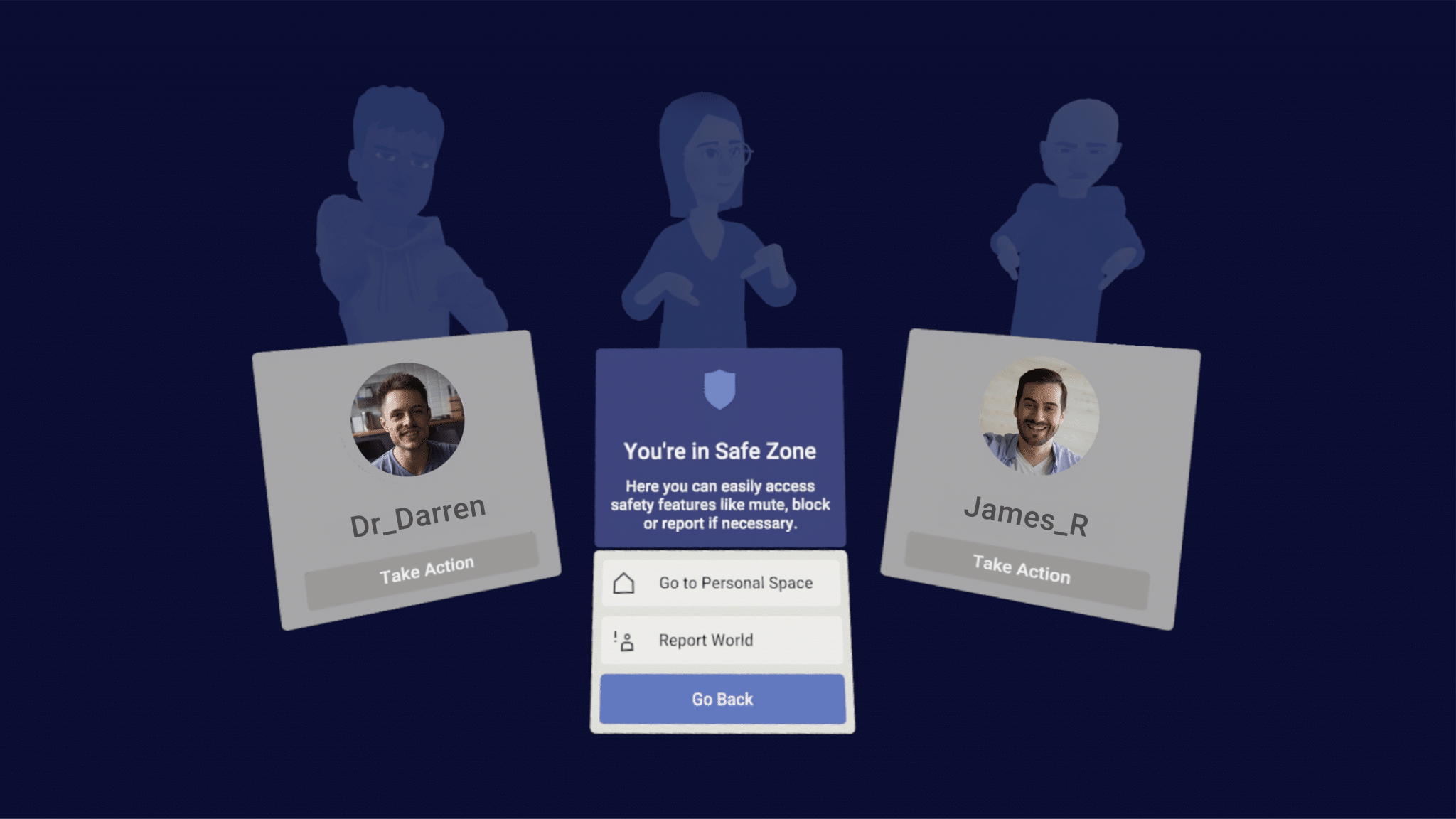 There’s mystery on the horizon or, rather, within it.

Since its reveal last year, a shroud of uncertainty has engulfed Facebook Horizon, the company’s new creation-driven social VR experience. It’s been exacerbated by a prolonged silence brought about by COVID-19 and, more imminently, the upcoming switch to Facebook accounts on Oculus devices.  But the veil’s about to be lifted somewhat, as the app opens its doors to the first beta testers in the coming weeks.

So, what exactly is Horizon?

If I were to shake a magic 8-ball to that question, the most appropriate answer would be: “Ask again later.” The bones of Horizon are instantly recognizable; it’s got the accessible VR creation software of Google Blocks paired with the content-sharing ecosystem of Sony’s Dreams. Add in its social element and it draws immediate comparisons to the user-generated content of Rec Room, swapping that app’s community tools with its own Facebook-driven offerings.

So, yes, you can meet up with friends and very quickly start tinkering away at new virtual worlds and objects together. Within a few moments of entering the platform’s creative mode, myself and Upload’s David Jagneaux are pulling virtual shapes out of floating menus to piece together hats. I can’t quite control my giddy laughter at the scaling feature, which allows you to instantly grow or shrink in a space with others, allowing me to turn David into an ant and appearing as a giant to him.

That said, without the proper onboarding tutorials, it’s difficult to speak to exactly how intuitive creative mode is. Flicks of the Touch’s sticks cycle through tools like grabbing and grouping, but I am getting muddled up and keep needing a Facebook tour guide (visibly labeled as a community guide) to come over and help me like I’m in art and craft session in kindergarten. The basics are all there; I’d just need more time to discover how deep it goes.

Currently, though, Horizon is more single-minded on this approach than Rec Room, seemingly less concerned with cosmetic unlocks and other social VR staples (at least from what we see). Your first steps into the app will be in the Plaza, a general hub world where you’ll see users running from door-to-door, each leading to new user-made worlds. Every creation we see here, we’re told, was made in-app using the same tools everyone else will have access to, right down to the Plaza itself.

Last week’s news that Oculus headsets will soon require Facebook sign-ins for new accounts, paired with this week’s announcement of Facebook Connect sends a clear signal that Horizon — and future services — will be fully entrenched in the social platform. We didn’t have enough time in our tour and interview to fully explore the extent of Facebook integration, but here’s a few things we do know.

– Facebook Horizon’s friend system operates through Oculus IDs, not your Facebook friends.
– Pictures taken inside the app can be shared to Facebook with the press of a button.
– Facebook will pre-approve ‘Community Guides’ that will be visibly labeled on on-hand.
– You can instantly press a shield button on your wrist to go into a virtual ‘Safe Zone’ that mutes people around you and blurs them from view.
– If you report an account, they’ll instantly be invisible to you and their activity will be monitored though the barometers of how and when remain unclear.
– Horizon will also send the last few minutes of footage before your report to Facebook for review, but the company says it will only send that footage if you make the report and will delete it after.

We visit two worlds. One is a multiplayer shooter in which players race to hit targets with water balloons fired out of handheld canons. The other is a collaborative puzzle challenge in which two players feed each other information to guide a block into a goal zone while others look on from an audience area.

This is all undeniably impressive. The puzzle game features a floating cube barking instructions at us, and multiple areas to transition to as you move on to new challenges. And, even with just a few minutes in the creator mode, I can begin to see the foundations upon which these games were built. You can immortalize any moments with selfies and send them off to Facebook pages and walls, as you’d expect, too.

What it isn’t, however, is especially new. Software that allows those with little coding experience to make their own games — both in and out of VR — is rapidly progressing and, in its current form, Horizon strikes me as a rather uniform entry into that genre.

Facebook Reality Labs’ Head of Experiences for Product Marketing, Meaghan Fitzgerald, however, is keen to stress Horizon’s social element as a differentiating factor. “We learned early on as we started working with some creators over the last year that there’s kind of this ‘aha’ moment when you realize the world was built by someone else that you then can go meet and interact with,” she says, “And at its core Horizon is a social product, we want it to be that place where communities form not necessarily a AAA game, that’s not what we’re building here.”

Personally, I’m not convinced that’s where Horizon can truly set itself apart. It’s more telling that, in a 20-minute interview with Fitzgerald and Horizon Product Management Director, Ari Grant, myself and David suggest a range of possible avenues that are largely all met with the same answer: “We’ll see.”

Will Horizon support hand-tracking? Will it come to Steam and PSVR? Can we import Unity creations? Will you be able to seamlessly travel between it and Facebook’s other social VR services? Are the avatars going to replace the original Oculus designs? Will Facebook-owned studios like Beat Games and Ready At Dawn create unique Horizon content?

Each of these questions is met with an array of well-rehearsed evasions and vague possibilities. Some are clearly deliberate; when booting the app on Rift, I seemingly launch a desktop version in which I can walk and look around with a mouse and keyboard. It might be a development tool, but Grant’s surprised “Oh” when I tell him suggests there’s more at play.

But, whatever the reasons for this selection of half-answers, all contribute to one wider conclusion: even Facebook, by its own admission, doesn’t really seem to completely understand what Horizon is yet.

And that’s perfectly okay. It’s to be expected, even, when you’re still waiting to open the floodgates and see what people actually start making. Horizon has to prove itself; it’s one thing showing us a suite of Facebook-approved creations from pre-approved makers, it’ll be another thing entirely to moderate and curate a growing pool of user-made VR worlds.

I can see a version of Horizon that is distinct and dynamic, one with user-made games and experiences that are genuinely engaging rather than cute novelties, perhaps paired with abridged visits to the worlds of Beat Saber, Lone Echo or Asgard’s Wrath and available across a broad range of platforms. I might even be able to instantly hop from, say, Oculus Venues, into this toolset with my friends following along. But that’s not what will be there as Facebook gradually starts introducing new people to the invite-only beta. It still has to be built. It still has to be proven.

Perhaps most importantly, though, Horizon seems increasingly like a piece of Facebook’s social VR puzzle, not the full picture itself. What about other social VR activities like hanging out to watch concerts and other live events? Those will still be served in Oculus Venues, which is getting revamped to support the same avatars as seen in Horizon. You have to imagine that other ideas, too, are getting their own dedicated apps further down the line, each adding to the story.

It’s that wider picture I’m most curious about right now. Horizon fills in another blank for Facebook’s social VR endgame, but the shroud is far from lifted. As Facebook doubles down on Facebook and Horizon leaves its door ajar, I feel like I’m still waiting on its true vision of a social VR future.

You can sign up for the Facebook Horizon beta right here. What do you think of the service? Let us know in the comments below!

Source: Facebook Horizon Has The Building Blocks To Take On Rec Room, But It’s Got A Lot To Prove