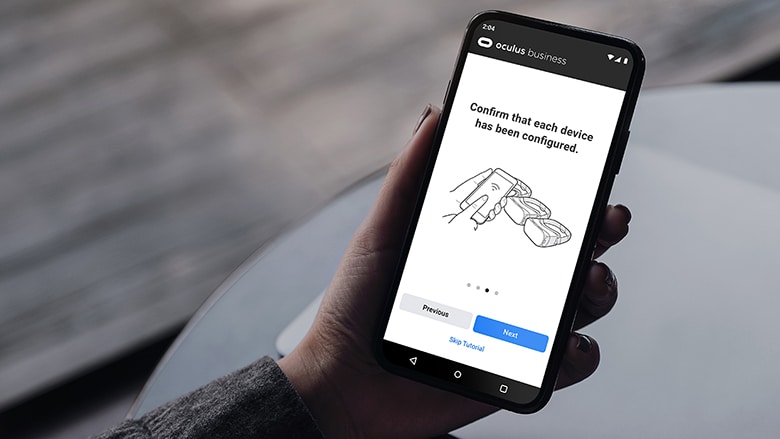 Today Facebook announced that its enterprise-edition Oculus Quest that sells for $1,000 as part of its Oculus for Business platform is now available for all companies to purchase.

Back in January Facebook withdrew its 3DOF headset, the Oculus Go, from the business platform and began offering the Oculus Quest instead as part of a new Oculus for Business initiative. However, that was only in closed beta until now.

When a business purchases a Quest through the Oculus for Business platform for $1,000, they’re not getting a consumer device. Instead, this Quest is specifically designed for their company with enterprise-focused features like a kiosk demo mode and two years of enterprise-quality support via phone, live chat, or email.

Business edition Quests feature a custom operating system that doesn’t access the typical Quest store for downloading games and other consumer-facing content. Instead, businesses get unique features such as multiple device setup, the ability to load the headsets with their own content to launch directly, and even remote access.

The multi-device setup should help speed things up for businesses at events and for internal use. Using a separate version of the Oculus mobile app, businesses can simultaneously setup and update several headsets at once with the app as a central hub.

When using an Oculus for Business Quest the user interface is different as well, placing company-approved content at the front and center rather than needing to sideload things or access a store that wasn’t designed for enterprise use cases.

The post Facebook’s $1000 Oculus Quest For Business Platform Is Now Available To All Companies appeared first on UploadVR.

Source: Facebook’s $1000 Oculus Quest For Business Platform Is Now Available To All Companies