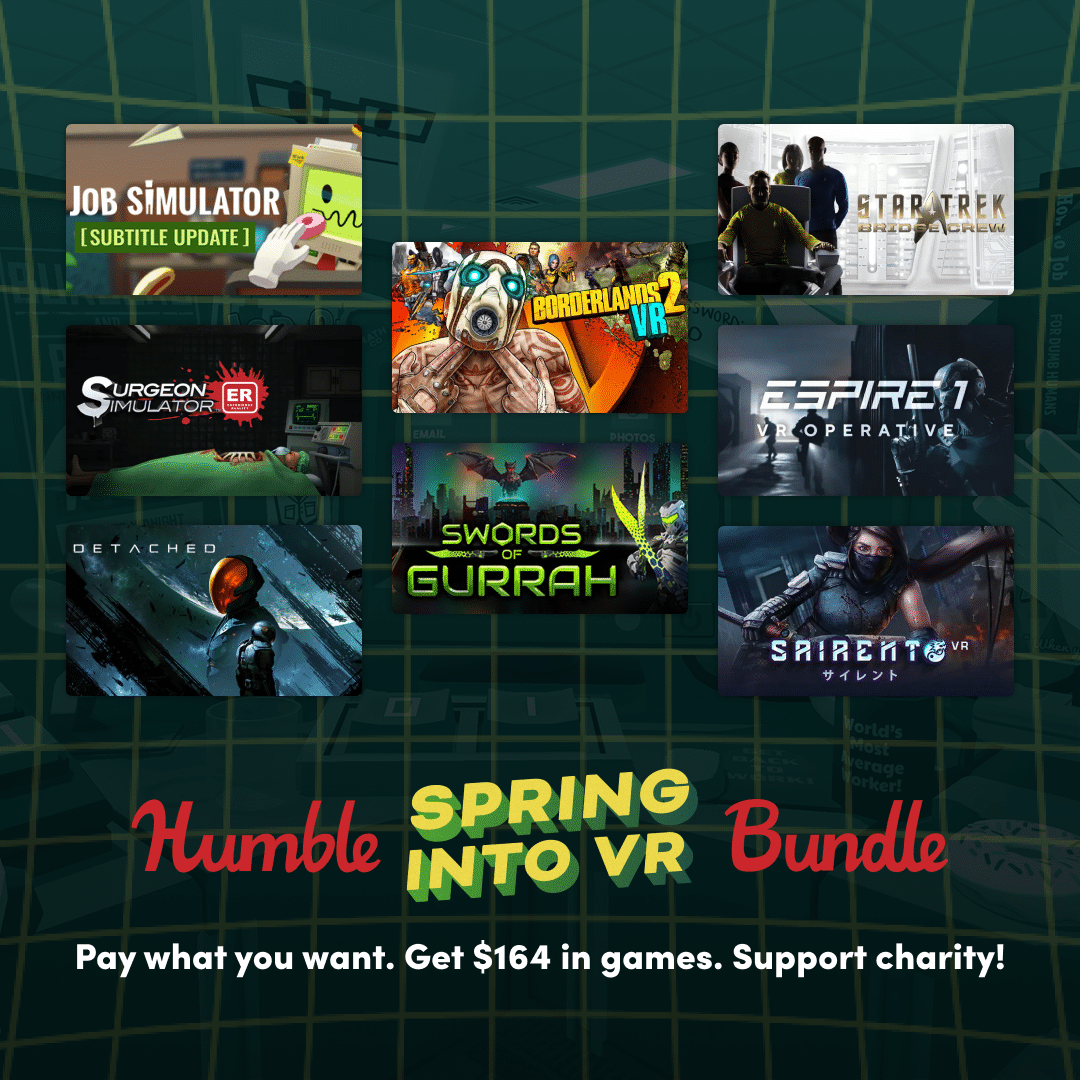 Pick your price and donate what you want to the Humble ‘Spring into VR’ Bundle and get 8 PC VR games including Borderlands 2 VR and Sairento if you commit at least $15. The deal is available for two weeks, until March 21.

Humble Bundle is a charity-based bundle website in which you choose to donate however much you want. If you donate at least $1 then you get Detached, pay at least $14.67 to also get Star Trek: Bridge Crew, Surgeon Simulator: Experience Reality, Swords of Gurrah, and Espire 1: VR Operative, and if you pay at least $15 you also get Job Simulator, Sairento VR, and Borderlands 2 VR. That’s over $160 worth of PC VR games.

This is only the second PC VR-focused Humble Bundle and it’s a really solid collection of classics that all headset users should consider having in their library. The $15 price tag is a great deal for any one of the top tier games on offer here, so getting all eight really is a good bargain.

Just like all of the bundles, you get to choose where your money goes by splitting it up between the game publishers, the Stop AAPI Hate charity (or a different one of your choosing), and Humble itself as a company. You can divide your contribution up however you see fit, including all of it to just one source if you want.

When you buy a Humble Bundle you’re given a Steam key for each of the included games. If you get a key for a game you already have, you could give it away or give it over to a friend.

Find out more about this Bundle on the official page.

Source: Humble ‘Spring Into VR’ Bundle Includes Up To 8 VR Games For Just $15