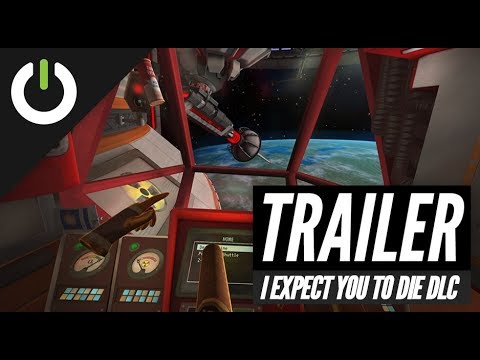 I Expect You To Die’s generous supply of free missions finally wraps up this month.

Developer Schell Games just announced that the final free mission, Operation: Death Engine, launches on all platforms on November 19. As with other missions, the new level will be entirely free to download.

Operation: Death Engine has been teased for some time. It finally takes players to space for a final showdown with Dr. Zor. You’re tasked with dismantling the deadly… death engine. You’ll need to infiltrate a space station and avoid whatever perils stand in your way. Check out the first trailer for the mission below.

“Without the ingenuity and skill of our development team, I Expect You To Die would not be the success that it is today,” Schell Games CEO Jesse Schell said of the final level’s launch. “For the sake of fans everywhere, the team hopes to be able to continue this franchise into the future.”

Indeed, it’s rare to see a VR game three years into its life get this level of support. I Expect You To Die first launched with support for HTC Vive and the Oculus Rift before making its way to other platforms.

Given that this is the last level, Schell’s comments seem to suggest a sequel to the game is on the cards. Currently, Schell Games has its hands busy with the Early Access version of Until You Fall. The VR sword combat game continues to see plenty of updates and is planned for release on Oculus Quest and PSVR, too.

I Expect You To Die is available on all PC VR headsets, Quest and PSVR too for $24.99.

The post I Expect You To Die’s Final DLC Mission Launches This Month, Trailer Here appeared first on UploadVR.