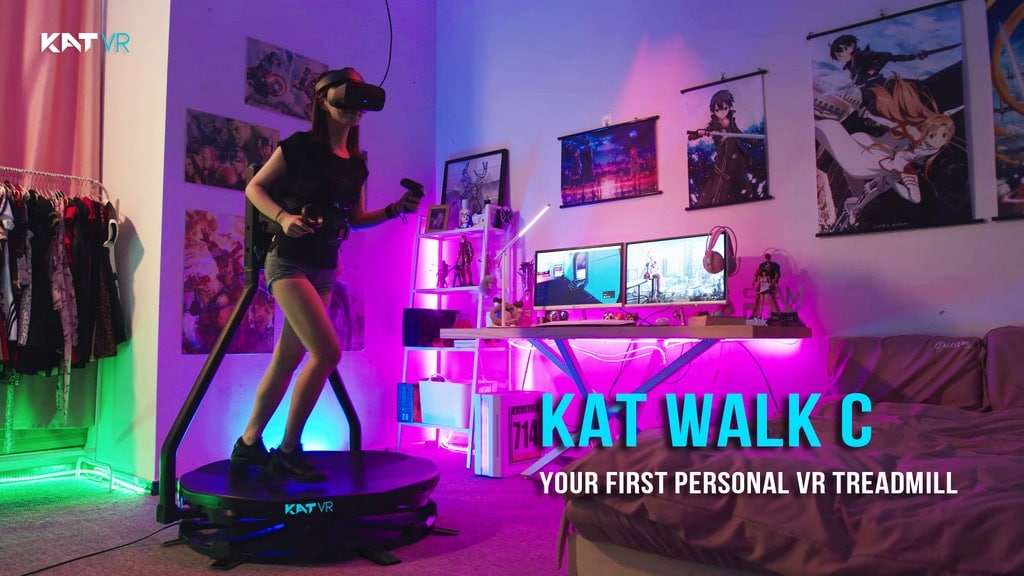 Kat Walk C, the latest attempt at bringing a VR treadmill to the living room, is off to a great start with its Kickstarter crowd-funding campaign.

The device launched its campaign last week with a $100,000 funding goal. At the time of writing, the campaign has reached $1.2 million in funding with over a month to go before it closes out on July 31st. The Early Bird special deals that offered the treadmill from anywhere between $699 to $899 have all been claimed, with the price now starting at $999. The company behind the device plans to release more discounted tiers, though.

Kat Walk C is similar to other VR treadmills. The kit is a large peripheral that has users standing in a dish, wearing a special pair of shoes, strapping into a harness and then physically walking in VR games and experiences. The idea is to immerse you even further in a VR experience and combat the ongoing issue of locomotion in VR. The device supports PC VR and PSVR headsets and, according to Kat VR, can be used in any game with a free locomotion setting.

There are other VR treadmill options out there, though they’ve largely failed in their mission to bring the concept to people’s homes. Virtuix was there early with its Omni treadmill, for example, but recently refocused its efforts on VR arcades. Kat VR itself offers a number of other treadmills and solutions for enterprise customers.

Currently, the Kat Walk C is expected to be delivered to Kickstarter backers in October of this year. Would you be interested in having a VR treadmill in your home? Let us know in the comments below!