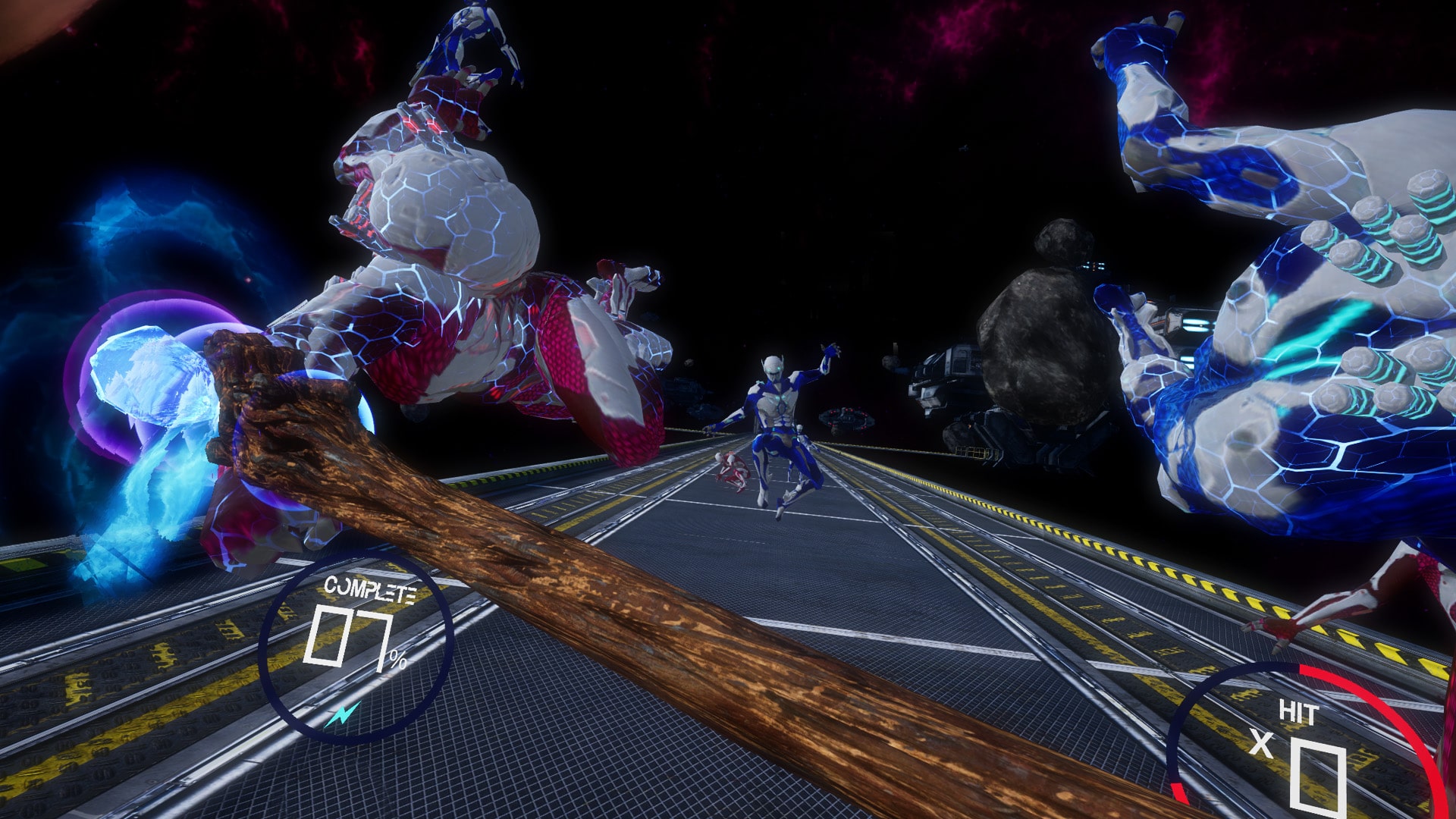 Much like the beats within them, the VR rhythm games just don’t stop coming lately! Kongfusion released earlier this week on Steam, and puts a quirky spin on the genre. Unlike traditional VR rhythm games, like Beat Saber, you won’t be hitting inanimate objects to the beat. Instead in Kongfusion, you use your kung fu skills to destroy robots to the beat of some funky music.

Plus, you’ll get to choose between different methods of hitting them as well. You can battle with your fists, punching robots away, or you can opt for some weapons instead. One of those weapons is a dagger and shield combo, and the other is a kung fu staff. You can see all 3 of those options in action in the gameplay trailer embedded below.

It’s an interesting spin on the rhythm game genre and it’s certainly a pretty ‘out there’ concept. The game has several difficulties ranging from easy to hardcore, plus several different game modes as well. You can play to beat a high score in arcade mode, or go for a longer test of your stamina in infinite mode.

Kongfusion is the debut VR title from ZMVR, and is published by Leka Games. The Steam listing currently shows support for Valve Index, HTC Vive, and Oculus Rift headsets. It is is available now for $11.99 with a 20% launch discount that runs until August 5.

Do you plan on giving this one a try? Let us know down in the comments below!