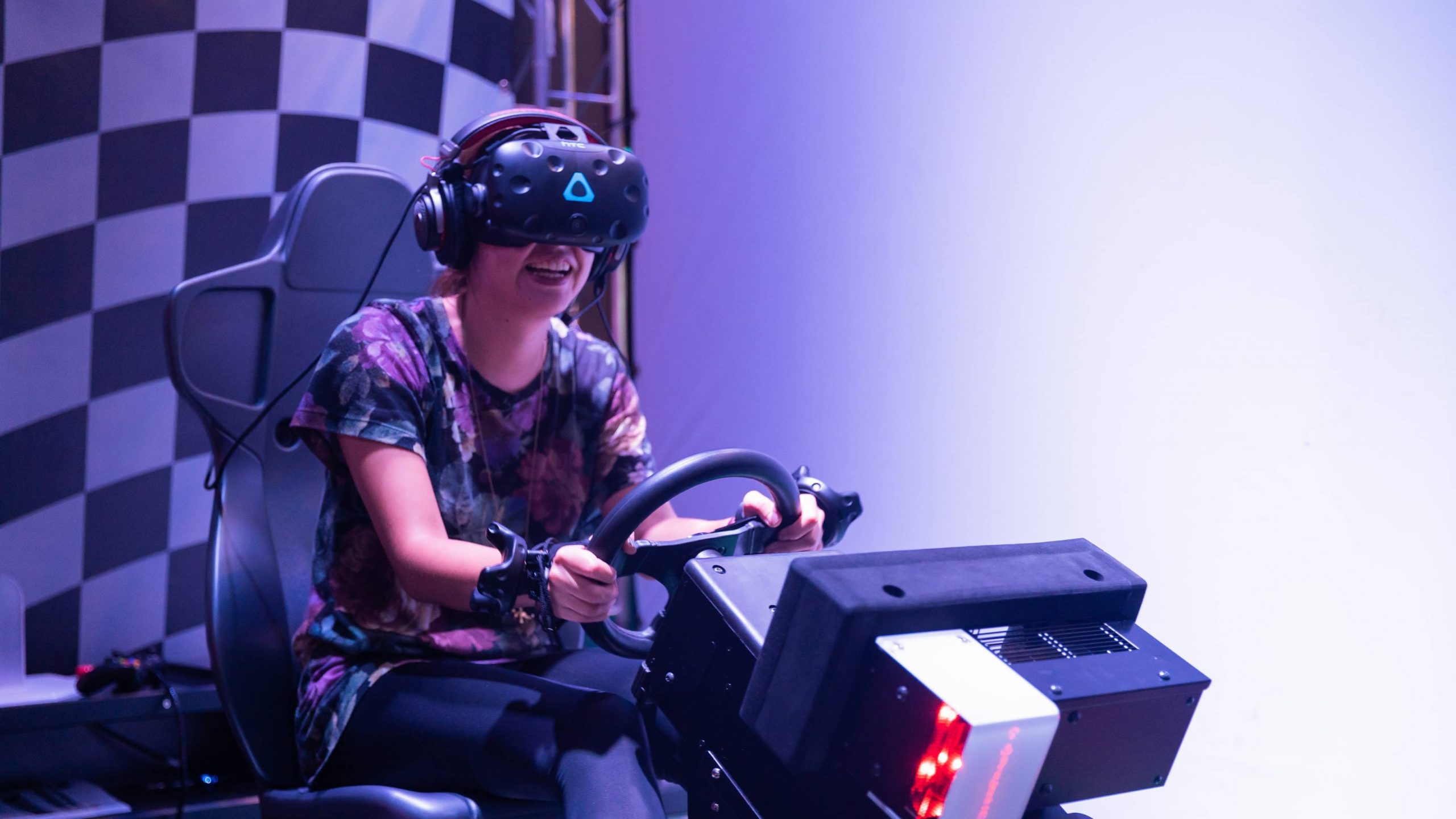 VR Zone, the VR arcade arm of Bandai Namco, this week launched the game at Namco Funscape in County Hall. Funscape is a long-running arcade venue located next to the London Eye and right in front of the River Thames. You could already play the game at the O2 venue, though this is a far more central location. As with other sites, the installation offers space for up to four players at a time.

In Mario Kart VR, players climb into kart-shaped seats with a steering wheel and pedals. Vive Trackers are fitted to your hands and then you pull on a Vive to find yourself cast as either Mario, Luigi, Peach or Yoshi depending on which kart you picked.

What follows is a whirlwind tour of some highlights of the Mario Kart series, racing through different environments and using some iconic weapons like green shells. We’ve played Mario Kart VR a few times now and it remains one of the most polished, accessible experiences we’ve seen in arcades.

The game costs £7.95 per person, which isn’t too bad even if the experience only lasts for a few minutes. You can book to try it online right now.

The last time we tried Mario Kart was at Tokyo’s amazing Mazaria Arcade where we saw a bunch of other experiences you can’t find outside of Japan.

Are you going to check out Mario Kart VR in London? Let us know in the comments below!