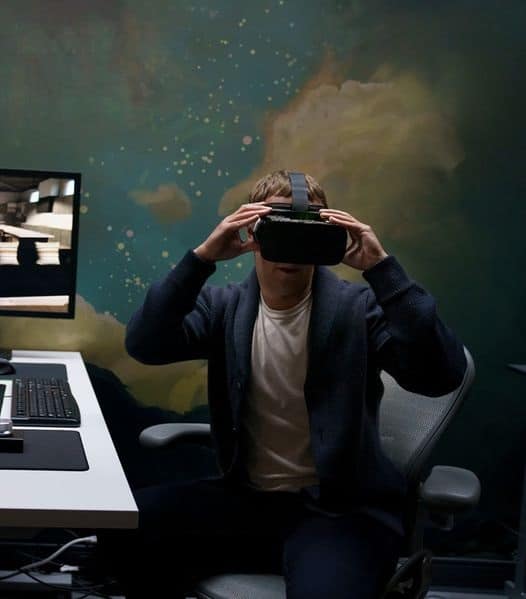 It seems like Facebook executives are teasing prototype VR headset designs today. The latest is from CEO Mark Zuckerberg with a “retina resolution” device.

Zuckerberg posted an image of himself trying the headset on his Facebook page with the message: “I spent the day with the Facebook Reality Labs research team in Redmond to demo our next-generation virtual reality, augmented reality and artifical [sic] intelligence tech. This one is an early retina resolution prototype. The future is going to be awesome.”

While the picture itself doesn’t reveal have any notable features, a retina resolution refers to the point at which a higher resolution would look no different to a person with 20/20 vision. In other words, Zuckerberg is suggesting that the display used in the headset presents a virtual world just as clearly as how we perceive the real world. Current consumer VR headsets are much more detailed than they were five years ago, but even those with the highest resolution displays distort your view to at least some degree.

The generally accepted threshold for retinal resolution is 60 pixels per degree. No consumer VR headset yet comes close to this. Finland-based Varjo’s multi-thousand-dollar business-focused headsets surpass it, but only in a small area in the center of your view.

This is the second prototype Facebook’s shown today. The first was from the current head of virtual reality, Andrew Bosworth, who tweeted an image of a super-slim VR headset that doesn’t look too different from recent leaks for the HTC Vive Flow. Varjo is also teasing a reveal next week. Are today’s Facebook teases a response to incoming competitors?