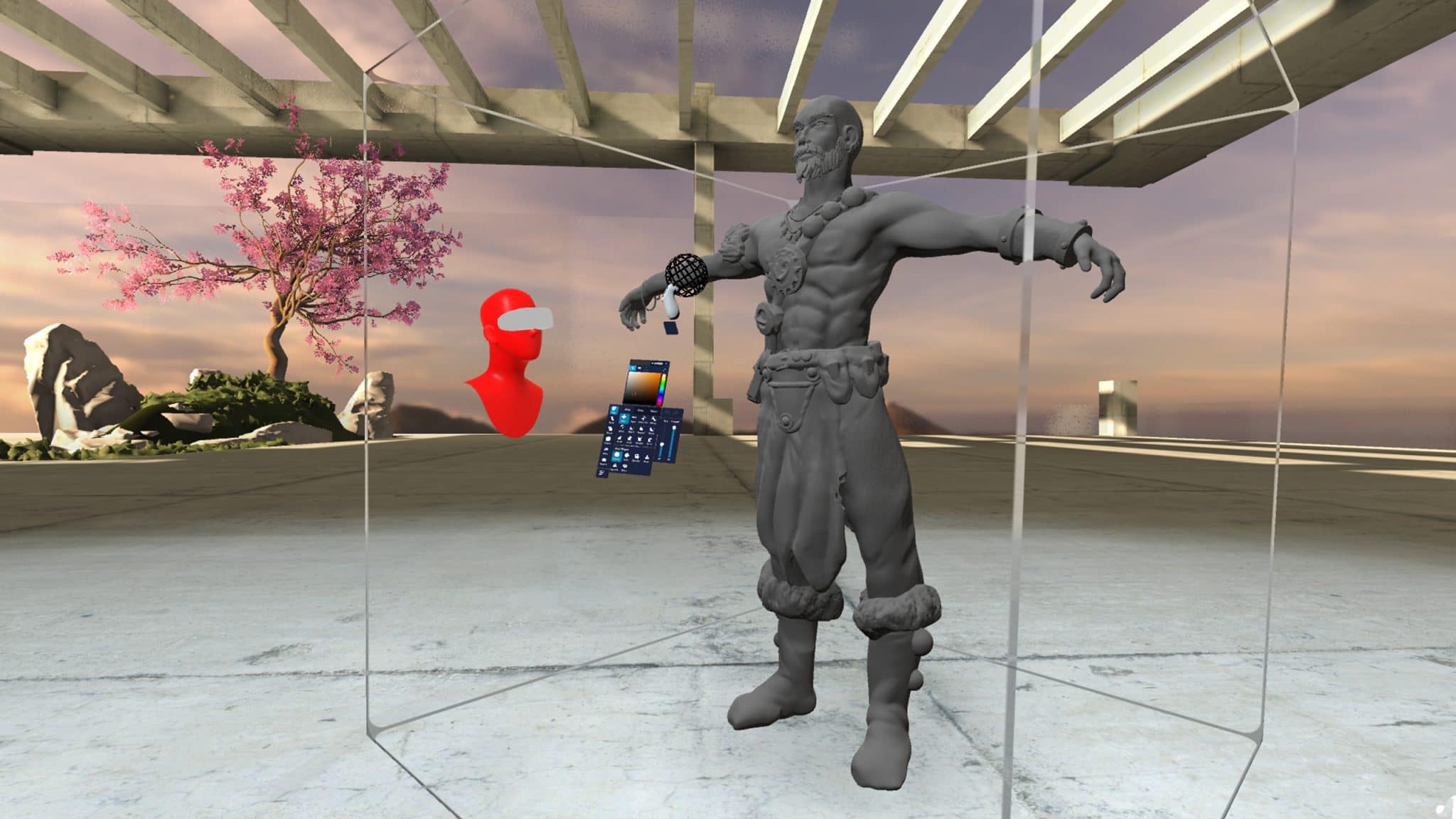 According to CEO Jonathan Gagne, Masterpiece Creator was inspired by the original MasterpieceVR creation tool released launched in 2017. It has been expanded upon with new and more powerful functionality, and now comes bundled with Masterpiece Motion, which was released into beta last year but was also rebuilt and expanded upon for the new suite. According to Gagne, while Masterpiece Studio is based on their earlier work,  the suite is “completely new.”

I tried both tools from the Masterpiece Suite and was suitably impressed. Even with no extensive training, I was able to pick up both Masterpiece Creator and Studio with some competence fairly easily and quickly. Both tools, especially given their place in the larger ‘suite’, feel and operate like a VR, 3D-modelling equivalent of tools in the Adobe Creative Suite. This is far from a bad thing – much like the Adobe suite, the Masterpiece Suite tools feel intuitive and yet in-depth. I continued to learn and experiment the more I played around.

Masterpiece Motion has a pre-sculpted humanoid figure to play around with and animate, with the bones and skin of the figure automatically configured (although if you wanted to, you can assign these yourself to any model you import). Over 15 minutes, I managed to make the figure wave, cross its arms, lean forward and reach out to grab me, with considerably minimal training on how to use the tools. I may have spent 15 minutes creating a 10-second animation a la Ben Wyatt, but the ease at which I did so speaks to the intuitiveness of the tools. I suspect that professional trained 3D artists and animators could do much, much more with these tools than I ever will.

MasterpieceVR claims that Creator runs 10 times faster than its predecessor did, along with being much more intuitive and easier to learn than other 3D modelling software. There are also a wealth of new features available in Masterpiece Studio, perhaps the biggest of which is layers. Similar to tools such as Photoshop, layers allow you to section off parts of a project, allowing you to change and edit one layer without affecting the others.

Masterpiece Studio is available to download now for PC VR headsets with free and paid subscription models. The free model is for non-commercial use only, with paid monthly subscription options for freelancers, teams, education and enterprise.