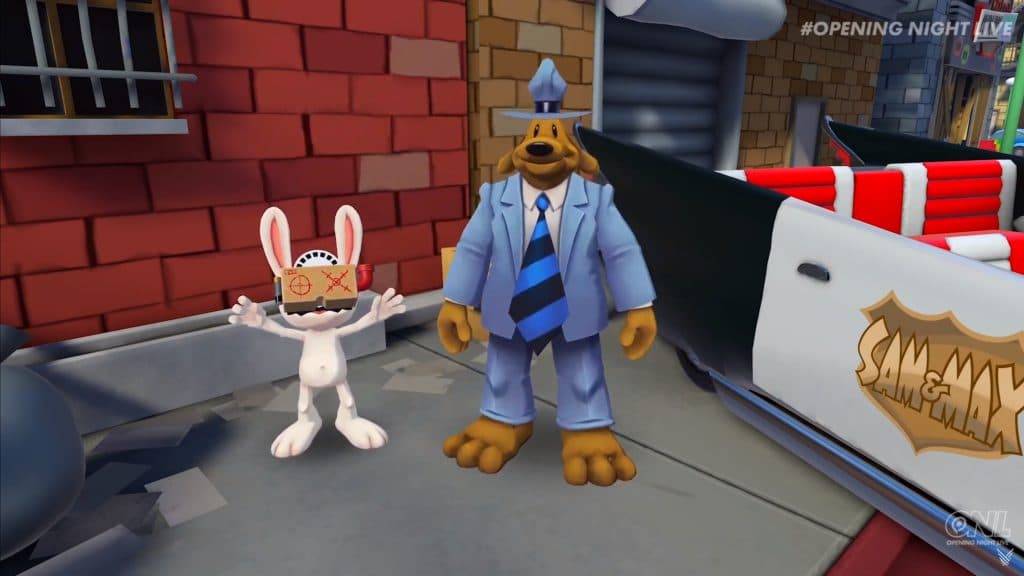 Classic adventure series Sam & Max may be coming to VR in the near future.

A new Sam & Max game was just announced during the Gamescom Opening Night Live event. A brief trailer showed the duo back in action, but it doesn’t look like the player themselves will take control of either Sam or Max. At the end of the clip we saw Max donning what looked like a VR headset, with the promise of more to come. It seemed like a very big hint the new title will have at least some form of VR support.

What’s more, the game’s developed by HappyGiant, which has until now largely worked on AR apps like QuasAR Arena. Could this mark the developer’s first VR project?

Originally starting out as a comic book series, Sam & Max have a long history in the games industry, starting out with Sam & Max: Hit the Road in 1993. The game was a point-and-click adventure developed by LucasArts, similar in style to the developer’s other games like Day of the Tentacle and Indiana Hones and the Fate of Atlantis. The game didn’t see a successor until Telltale Games took the franchise over and produced its own episodic games starting in 2006. Since the last entry in that series around 10 years ago, though, we haven’t seen nary a peep from the duo.

Are you looking forward to Sam & Max VR? Let us know in the comments below!