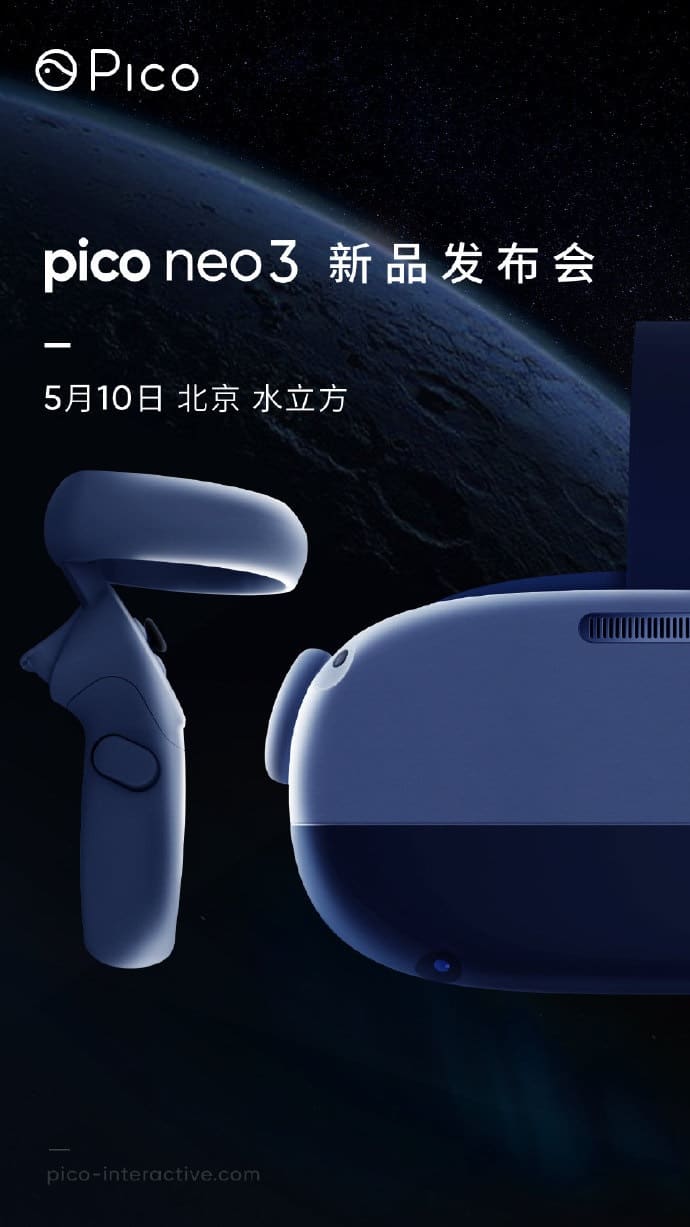 Pico Interactive’s next headset is the Pico Neo 3, and it looks a lot closer to the Oculus Quest.

Last month Pico announced a new investment round and confirmed plans to release a third entry in its Neo series of standalone headsets in 2021. This week the company posted a teaser image of the device on its Weibo page, announcing a May 10th product launch at a Beijing conference. There are no announced plans to bring the headset outside of Asia at this time.

The post includes a teaser image of the device. The headset itself looks somewhat similar to the Neo 2 with more rounded edges, but you can also spot a new camera to the top left of the device along with another closer to the bottom, around where it as located on the Neo 2. It looks like the Neo 3 could have four cameras, then, and they’re all placed in similar positions to the Oculus Quest 2.

It’s the controllers that make a real change, though. They now have the upwards tracking ring similar to the Oculus Touch controllers, though the ring is attached to a clip at the very top of the controller rather than embedded onto the bulk of the device. Neo 2 had no such tracking ring.

Details are thin on the ground right now but these changes do suggest that the Neo 3 might be moving away from the electromagnetic tracking system of its predecessor. We took a look at that system at CES in 2020 – it allows for controller tracking without relying on a camera’s field of view.

The Pico Neo 2 did eventually come to the west as a enterprise-only model, but no such plans have been announced for the Pico Neo 3 at this time.