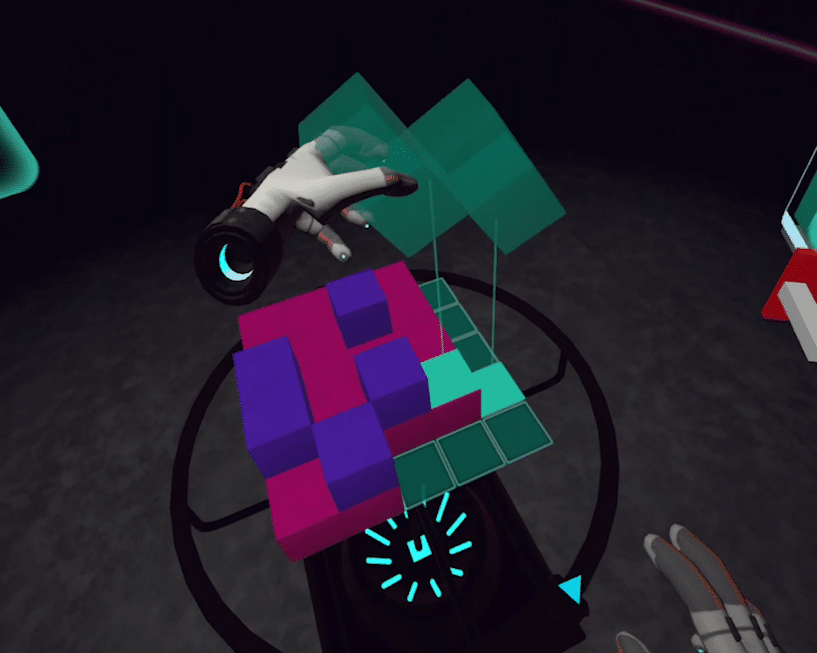 QubeFall, a new game available for the Oculus Quest via SideQuest, takes your classic Tetris gameplay and puts a unique 3D spin on things, requiring you to clear layers of a giant cube as shapes fall from the sky.

It’s been a good month for Tetris fans who own an Oculus Quest headset. First, Tetris Effect launched on the system and now QubeFall has launched on SideQuest, providing a new dimension to classic Tetris gameplay. QubeFall uses the same Tetris shapes you know and love, but applies them to a 3D VR environment. Instead of positioning 2D blocks on a single plane, you’re required to position the same shapes but in a 3D space akin to a cube.

Much like Tetris, the aim is to fill up a whole bottom layer, shaped like a square. However, given the 3D element, you’ll find yourself rotating and twisting the traditional Tetris blocks into new arrangements to fit into gaps in new ways. You can adjust the height of the map and spin it around to view it from all angles, allowing you to sneak blocks into otherwise hard-to-reach locations.

QubeFall isn’t doing anything revolutionary — at the end of the day, it’s a 3D VR version of Tetris. However, it’s just different enough that you might have a bit of fun experiencing the classic puzzle gameplay in a new medium.

The game is available on SideQuest for free, with the option to donate to support the developers if you wish to. The developers state that any support will go towards implementing more features such as hand tracking support and extra game modes (at the moment, there’s only one).

For information on how to sideload QubeFall and other games via SideQuest, check out our guide.