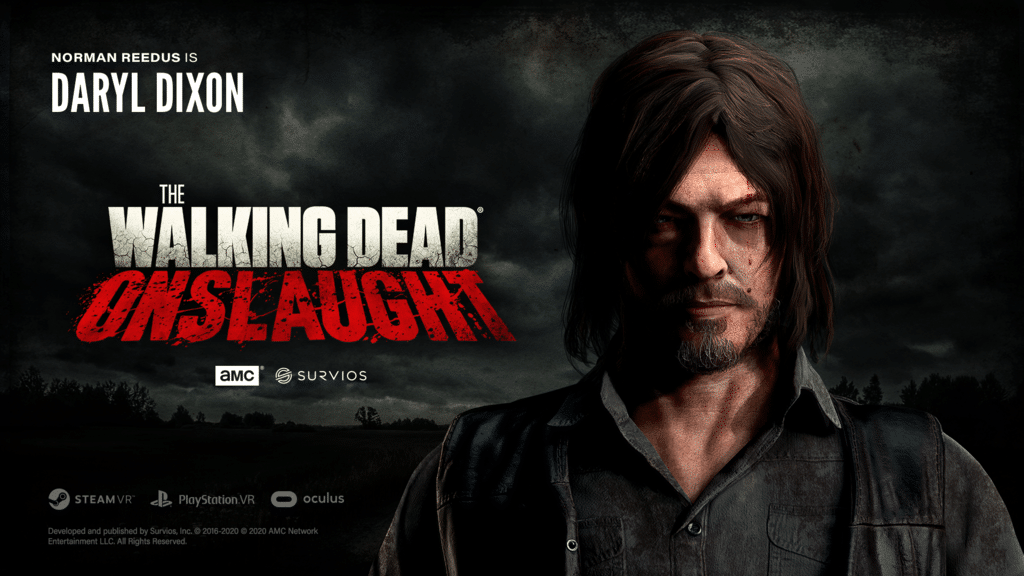 After a year’s delay, we finally know when The Walking Dead Onslaught is arriving on VR headsets and we won’t have to wait long.

Survios’ zombie-slaying game touches down on September 29. That much was confirmed by IGN with a new trailer for the game that gives us our first look at gameplay in over a year.

Unlike The Walking Dead: Saints & Sinners, which is set in the world of the comics, Onslaught is based upon the TV show, starring a familiar cast of characters. Players will take up arms as Darryl Dixon and more in an all-new story that sees you slicing and shooting your way through hordes of the undead.

The gameplay here looks far improved from what Survios showed a year ago. We spoke to the team earlier this year, at the time confirming that the game’s co-op support was being stripped out in favor of doubling down on story. Based on what we’ve seen here, we’re hoping that decision has paid off. The chance to sling a sword as Michonne is certainly an exciting one.

Saints & Sinners — developed instead by Skydance Interactive — ranked highly on our recently refreshed best VR games lists, so Onslaught will have some tough competition at launch. Pre-order bonuses for the game include new skins for Darryl and Rick, plus golden katana and knuckle knife weapons.

The Walking Dead Onslaught lands on PC VR and PSVR headsets this September. No word on an Oculus Quest version yet, though Saints & Sinners is due on the device later this year.

The post The Walking Dead Onslaught Coming This September appeared first on UploadVR.