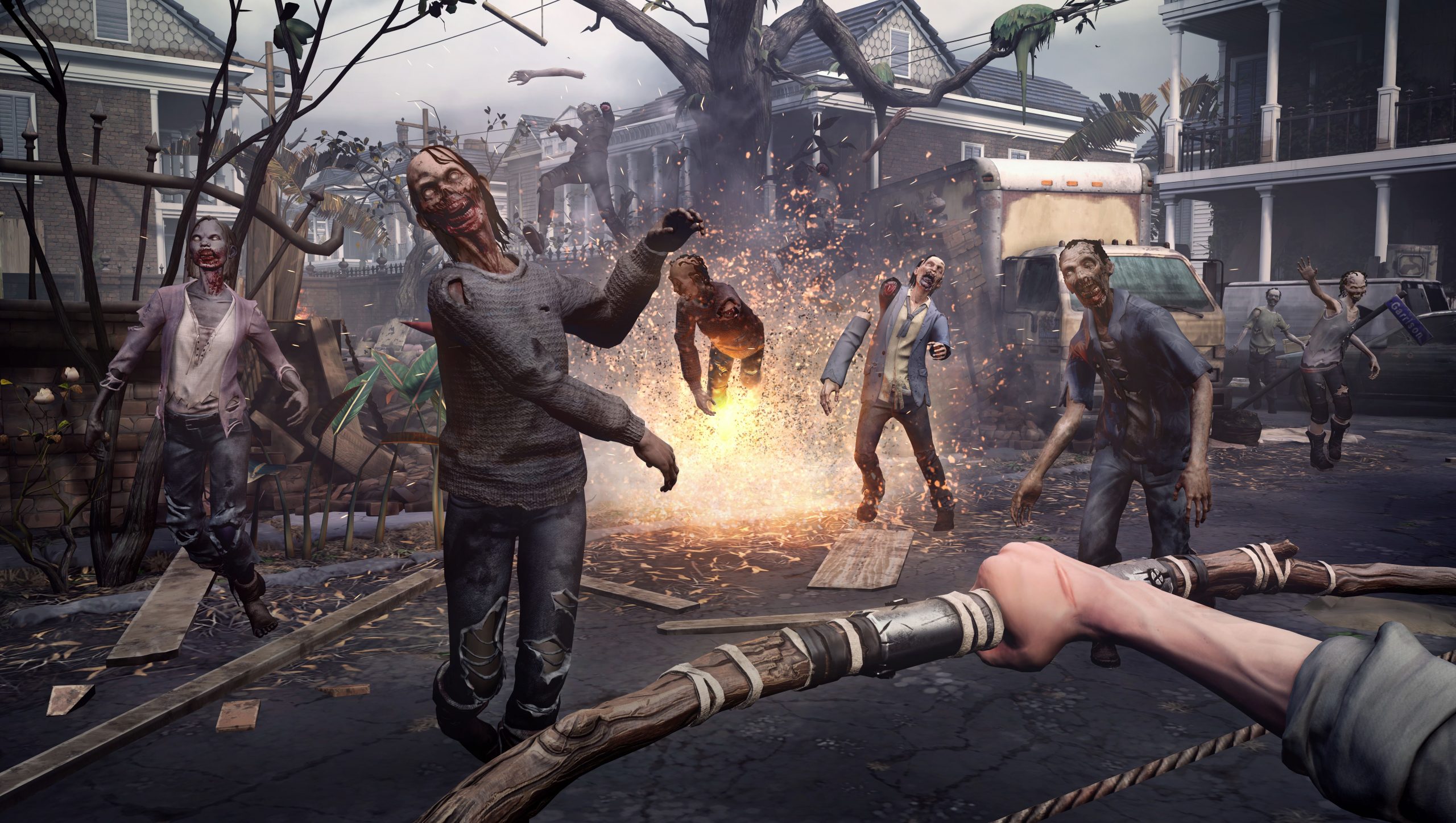 The Walking Dead: Saints & Sinner’s ace PSVR port is just over a month old, but you can already save a tidy sum in this sale.

It’s definitely a surprise to see the game on sale so early, especially considering Saints & Sinners made its way into the top-selling PSVR titles of last month. The game dethroned a lot of mainstays for the first time in months. If you were feeling left out after seeing the huge discounts in the Steam Summer Sale (which includes the very same deal on Saints & Sinners), you should definitely check this out.

Not only that, but Saints & Sinners is getting a huge update in July. As we revealed at last week’s Upload VR Showcase: Summer Edition, the free Meatgrinder update will add a new Horde-style survival mode with new weapons and a new map. You’ll be able to put your zombie-killing skills to the test to prove your supremacy.

Elsewhere, we’re hoping to see news on the Quest version of Saints & Sinners, which is scheduled to release later this year, in the near future. Plenty still to come for one of 2020’s breakout VR success stories, then. Oh, and there’s still The Walking Dead: Onslaught from Survios on the way. Norman Reedus had an update for us during the Showcase too.

The post The Walking Dead: Saints & Sinners Is Already On Sale On PSVR appeared first on UploadVR.

Source: The Walking Dead: Saints & Sinners Is Already On Sale On PSVR