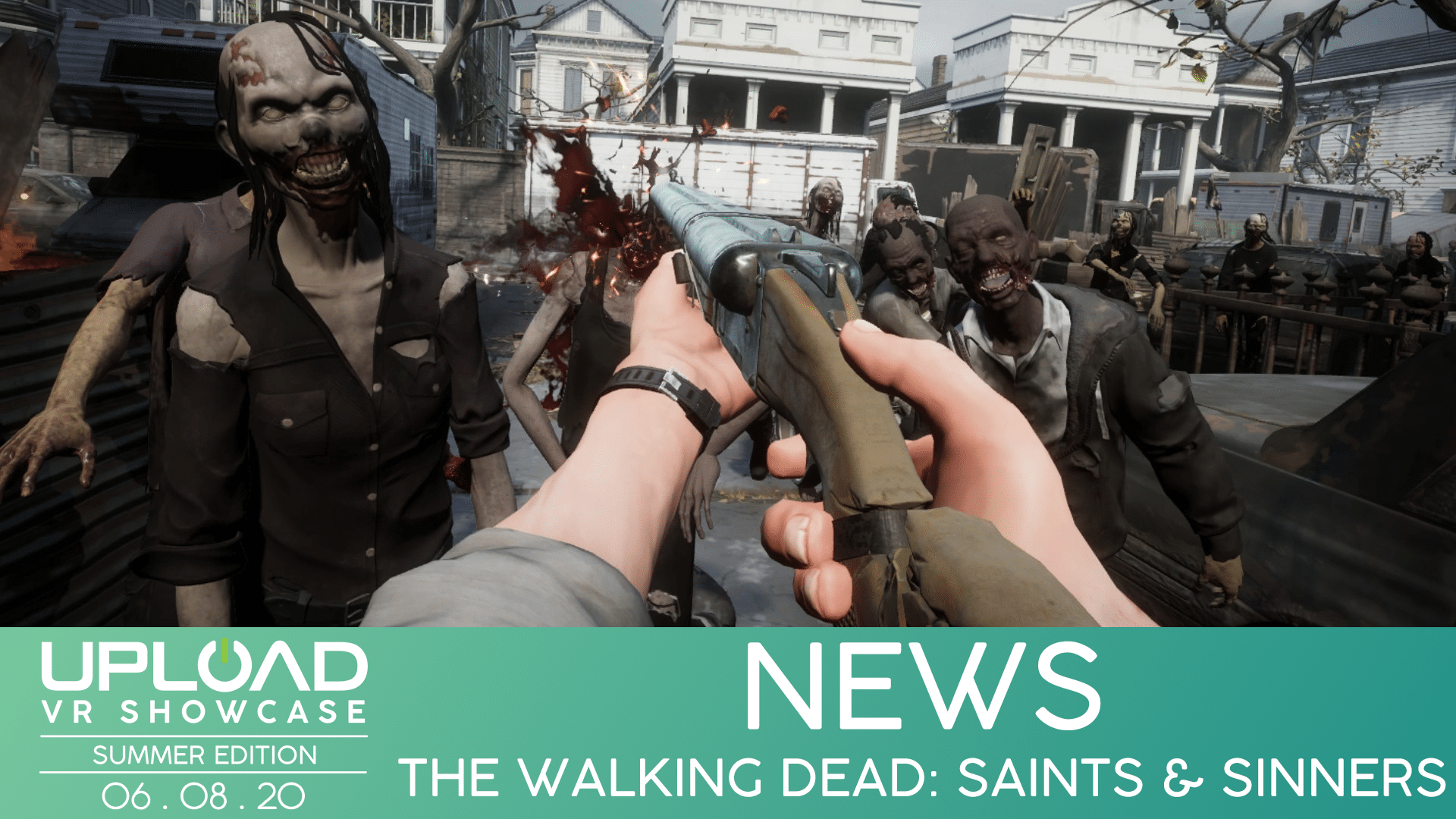 Grab a screwdriver and stock up on supplies; The Walking Dead: Saints & Sinners is coming to the Upload VR Showcase: Summer Edition on June 8th (final time TBC)!

Developer Skydance Interactive’s breakout hit landed on PC VR headsets back in January and lots of you fell in love with its physics-driven brand of zombie-smashing action. Just a few weeks back the game finally arrived on PSVR too with a rock-solid port. You’ll get no hints from us about what’s coming to this summer’s Showcase, but you’re sure to be pleasantly surprised.

In case you didn’t know, our Showcases are a little like Nintendo Direct or PlayStation State of Play videos, just for VR! We’ll be announcing a bunch of cool new VR games and showing off new updates for some of your most anticipated titles. This year we’ll also be featuring some apps that go beyond gaming, too. You can catch the show streaming either here or over on IGN on June 8th – you won’t want to miss it!

Saints & Sinners rounds off our first week of teasers for the big show. On Monday, we confirmed that Fast Travel Games will be returning to this year’s event with the reveal of a brand new game. We’ll also be getting the latest look at Low-Fi, a new social VR experience named Play Bunker and, just yesterday, we confirmed we’ll be unveiling the release date for Panther VR. Big things await!

Just over two weeks to go, then. We’ll see you back here June 8th.