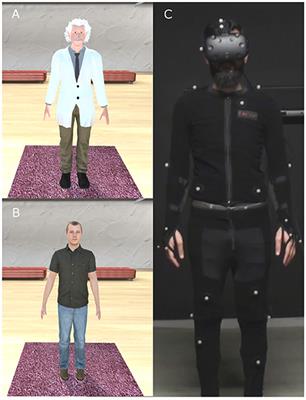 The brain’s body representation is amenable to rapid change, even though we tend to think of our bodies as relatively fixed and stable. For example, it has been shown that a life-sized body perceived in virtual reality as substituting the participant’s real body, can be felt as if it were their own, and that the body type can induce perceptual, attitudinal and behavioral changes.

Here we show that changes can also occur in cognitive processing and specifically, executive functioning.

Fifteen male participants were embodied in a virtual body that signifies super-intelligence (Einstein) and 15 in a (Normal) virtual body of similar age to their own.

The Einstein body participants performed better on a cognitive task than the Normal body, considering prior cognitive ability (IQ), with the improvement greatest for those with low self-esteem.

It has been demonstrated that it is quite straightforward to induce in healthy individuals the perceptual illusion that an object or fake body part is part of their own body—a body ownership illusion—illustrating the surprising plasticity of the brain’s body representation.

The results of this experiment, in conjunction with earlier work discussed above, shows that virtual embodiment can be used to generate an illusion of body ownership of a virtual body that substitutes their own body, through first-person perspective and visuomotor correlations over real and virtual body movements.

The main focus here is that embodiment does not only lead to perceptual, attitudinal and behavioral correlates as previously shown, but can also cause changes in cognitive processing.

Specifically, our findings suggest that embodiment in a virtual body that is associated with high cognitive abilities, such as Albert Einstein, results in better performance in a TOL task, and also a reduction in age-based discrimination of young adults toward the elderly.

There is evidence that participants’ baseline “intelligence” and self-esteem correlate with the above findings, taking however into account the critical role of the body in which embodiment occurs.

Nonetheless, the present study comes with a number of limitations and alternative hypotheses in the interpretation of the results that we discuss above, which point out the necessity for further research to be able to understand the exact mechanisms resulting in such effects.