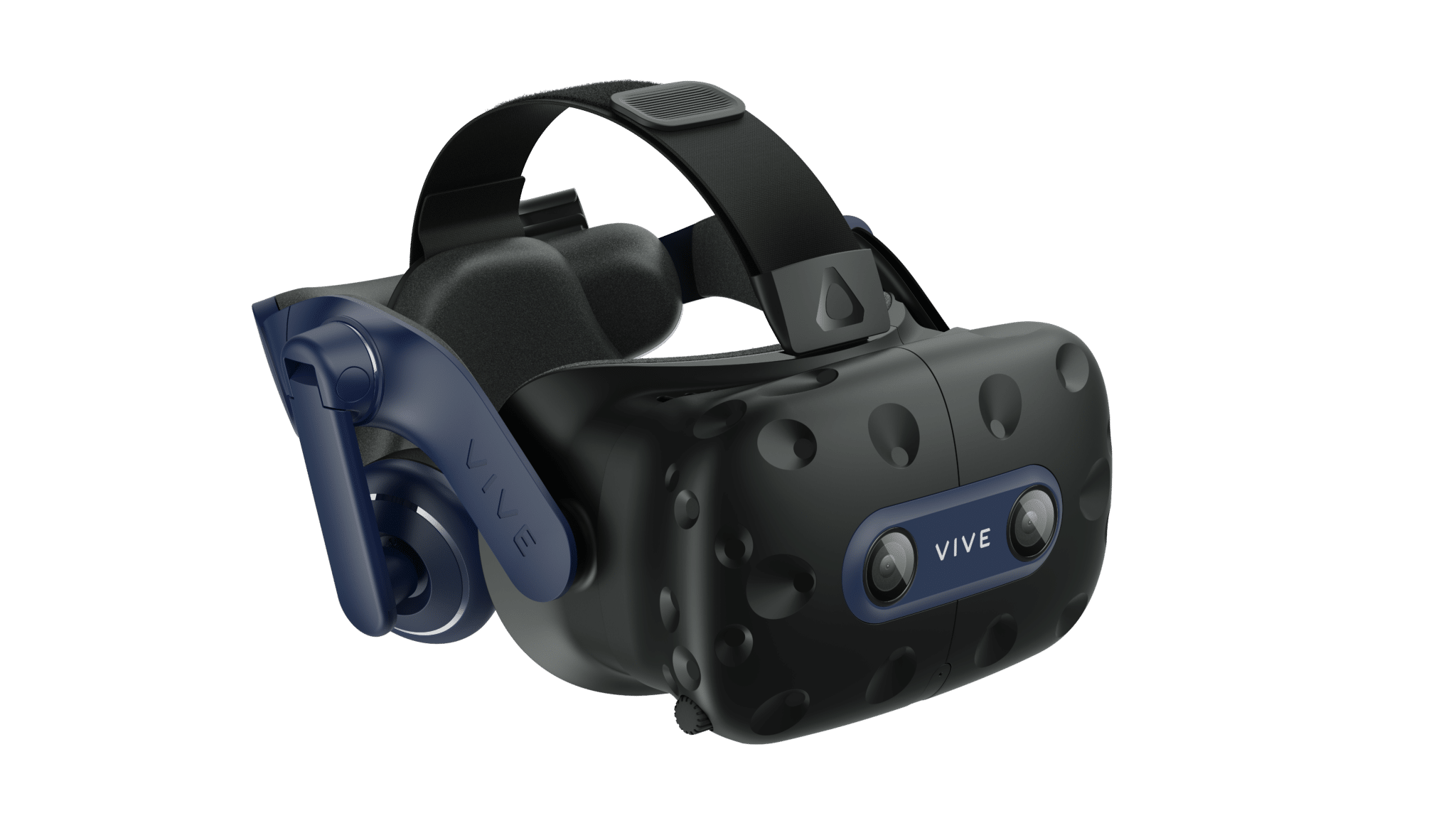 HTC just officially revealed Vive Pro 2, the successor to the Vive Pro launched back in 2018. Read on for Vive Pro 2 specs.

Vive Pro 2 is a PC VR headset for both consumers and businesses. It uses the same design as the original but switches out the OLED panels for a much higher resolution 120Hz LCD, and uses HTC’s new wider field of view lenses.

If you already own SteamVR base stations & controllers, or plan to purchase those from Valve separately, the headset alone is priced at $799.

The headset will ship from June 4, with preorders before then getting a $50 discount.

A full kit with SteamVR base stations and HTC’s original “wand” controllers will be available from August for $1399.

Vive Pro used dual PenTile OLED panels with a resolution of 1440×1600 each – the same used in the first Oculus Quest.

Vive Pro 2 replaces them with a “5K” LCD panel providing 2448×2448 per eye – more than 2.6x as many pixels. That’s the highest resolution available in the consumer VR space, going beyond even HP’s Reverb G2.

Vive Pro 2 uses DisplayPort 1.2 with Display Stream Compression (DSC), so any graphics card that supported the original should still work.

The switch from OLED to LCD means Vive Pro 2 can no longer display the true color black, since there’s a backlight behind the display instead of pixels controlling their own light.

HTC says the new lenses provide a clean 120 degree field of view, without introducing new distortion or blur at the edges. For comparison, it marketed the original Vive Pro’s field of view as 110 degrees.

There are multiple ways to measure field of view, and it changes depending on how close your eyes are to the lenses. We’ll bring you our impressions of the new lenses when we get hands-on.

Like with all HTC headsets so far, Vive Pro 2 has lens separation adjustment.

That means existing base stations and controllers should continue to work, and tracking should be extremely high quality in most environments.

What do you make of the Vive Pro 2 specs? Let us know in the comments below!