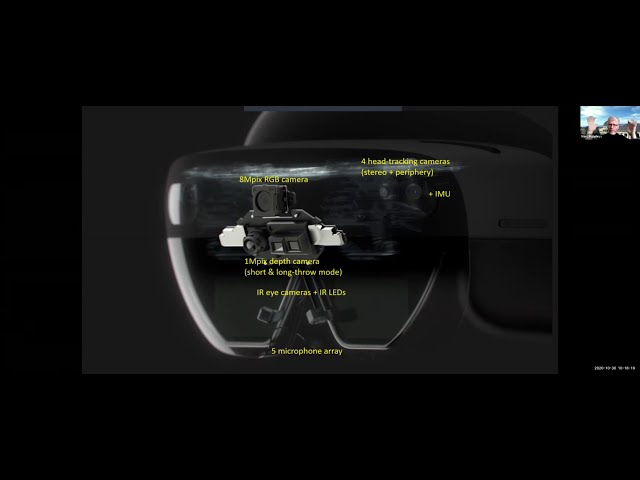 This talk made in October , 2020 has been given during the International Congress of Extended Reality in Sciences (https://dimensionsxr.com) organized by the Swiss Society of Virtual and Augmented Reality (SSVAR – https://ssvar.ch)
#Bio
Marc Pollefeys is a full professor in the Institute for Visual Computing of the Dept. of Computer Science of ETH Zürich since 2007 where he leads the Computer Vision and Geometry lab and Director of Science at Microsoft HoloLens since July 2016.

Since July 2018 he leads the Microsoft MR&AI lab in Zurich. He was previously associated with the Dept. of Computer Science of the UNC Chapel Hill where he started the computer vision group as an assistant professor in 2002 and became an associate professor in 2005. Before he was a postdoctoral researcher at the Katholieke Universiteit Leuven in Belgium, where he also received his M.S. and Ph.D. degrees in 1994 and 1999, respectively. His main area of research is computer vision. One of his main research goals is to develop flexible approaches to capture visual representations of real world objects, scenes and events.

Dr. Pollefeys has received several prizes for his research, including a Marr prize, an NSF CAREER award, a Packard Fellowship and an ERC starting grant. He is the author or co-author of more than 300 peer-reviewed or invited papers.

#Abstract
This talk will discuss how computer vison is the key to enable many aspects of Mixed Reality experiences. We will in particular take a look at the computer vision technology build inside HoloLens2 to enable both natural user interaction and spatial computing capabilities.
We’ll also see how by building on these technologies Mixed Reality can go well beyond current personal computing devices in assisting users to perform complicated tasks and in interacting and collaborating with autonomous robots.