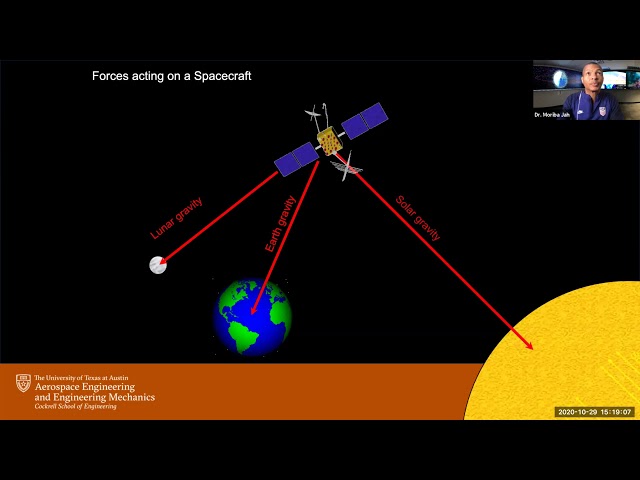 This talk made in October , 2020 has been given during the International Congress of Extended Reality in Sciences (https://dimensionsxr.com) organized by the Swiss Society of Virtual and Augmented Reality (SSVAR – https://ssvar.ch)
#Bio
Associate Professor
Mrs. Pearlie Dashiell Henderson Centennial Fellowship in Engineering
Department Research Areas:
Orbital Mechanics

His expertise is in space object detection, tracking, identification, and characterization, as well as spacecraft navigation.

#Abstract
There are half a million objects floating in space and only around two thousand function. With little regulation and monitoring, the space junk problem is exponentially growing.

Private companies must be held responsible for their actions. Just like your city streets, there are specific highways in space. Most of the time, objects remain on the path.
When a space object stops working, it drifts aimlessly into the cosmos. Rogue bits of metal and overcrowding in space highways pose a danger to the technologies we rely on and the future of space exploration.

We need an accountability program.

The space traffic footprint is a question of “What’s the burden that this object carries?.” This question serves as a sustainability metric. Near-Earth space is not within environmental protection standards. Also, near-earth space is a finite resource because of overcrowded specified lanes. Due to the lack of monitoring and legislation, the cosmic junkyard grows.

Eyes on the Sky is a UT Austin led project to raise awareness, educate the masses, crowdsource information about stuff in space, monitor space traffic, and address humanity’s next wicked environmental problem.

Visit : Eyes on the Sky for more info.