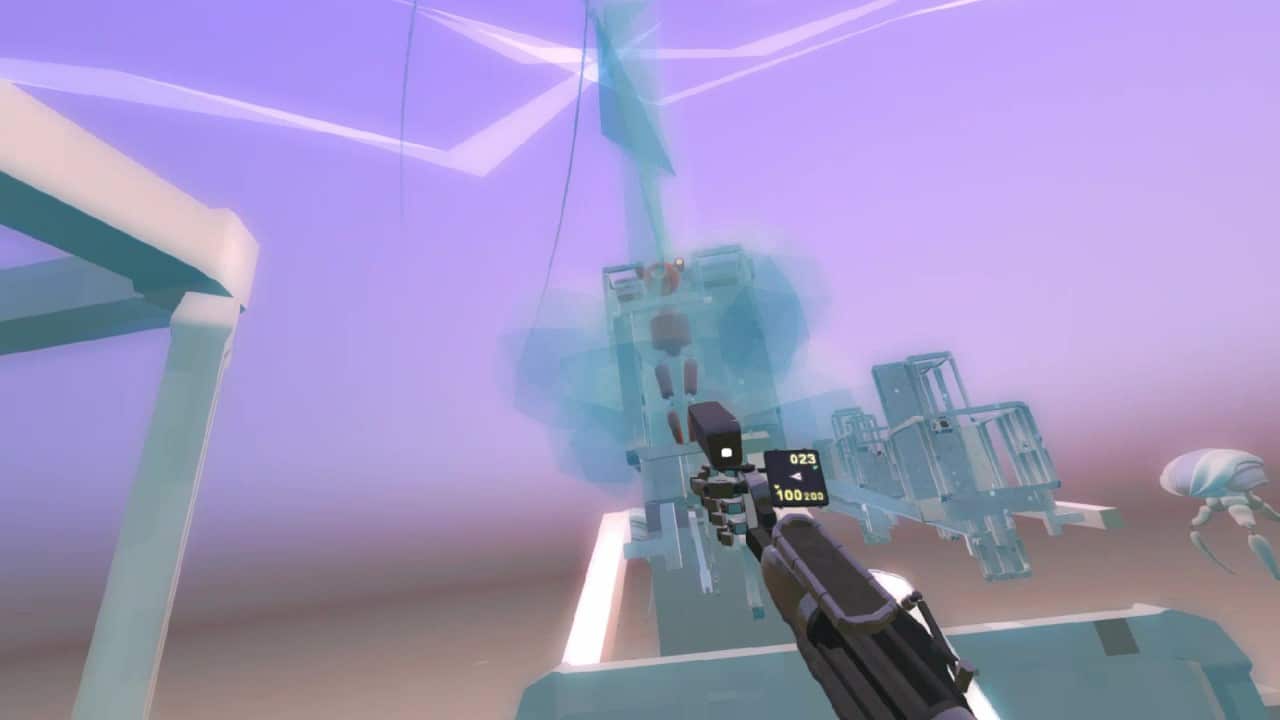 So you’ve just got a brand new Oculus Quest, congratulations! But what are the best Oculus Quest apps to sideload?

The official Quest Store is filled with plenty of excellent games and apps (top 25 list here) but there’s also an expansive library of experimental content available by sideloading.

For those unfamiliar with sideloading, it is simply a way of getting apps onto a device by circumventing their dedicated stores. It’s a very common process on Android smartphones, for example. Want to know how to do it on Quest? Be sure to follow our guide right here.

But before we start, a word of caution:

When sideloading, you need to keep in mind that you are putting content onto your device that has not been approved by Facebook and could potentially damage your device or be malicious in nature, even if it doesn’t appear so at first.

If you own a Quest and a PC copy of Half-Life, then you owe it to yourself to try this. Yes, it is possible to play the entirety of Valve’s celebrated first-person shooter inside your Quest. That includes swinging your crowbar like you were Gordon Freeman himself. You haven’t really experienced VR until you’ve had a headcrab jump in your face.

Better yet, Lambada1VR continues to refine its existing support. In fact, it recently added support for the excellent Blue Shift expansion. This is the best place to get your Half-Life VR fix whilst we wait for an official game.

An important note, however, is that this sideloaded app is only for the engine itself, and you will need to own a copy of Half-Life from Steam and place it in the correct folder for installation alongside the engine mod.

Half-Life VR can be installed via SideQuest.

Unseen Diplomacy popularized the idea of infinite movement in room-scale VR with randomized rooms. But Tea For God takes that template and applies it to one of the most popular VR genres: shooters.

Though it’s a little scrappy, there’s few experiences as immersive as losing yourself in the winding corridors of this experimental FPS. It is genuinely possible to forget where you’re really standing as your sheepishly step around corners and take cover in elevators. The game was also recently updated to include very experimental (and buggy) support for controller-free hand tracking on Oculus Quest.

The Tea For God Quest APK is available to download online and can be installed via SideQuest.

This Oculus Quest shooter is fairly simple in concept, yet it became the most popular game on the SideQuest platform as of January 2020. The game was rejected from receiving an official Quest release due to Facebook’s strict console-like curation policy, but it’s now available to sideload on the Quest for free via SideQuest.

It’s a fairly standard, stationary shooting gallery, except for the harder difficulties, which come with a twist — one bullet will kill you. It also supports a coop mode with two players on separate Quests, which is heaps of fun and appropriately stressful.

You can read more about the game in our quick review.

Originally released on PC VR in 2017 and then on PSVR in 2018, To The Top was hoping to release on the Oculus Quest in 2019. However, much like Crisis VRigade, To The Top was rejected from receiving an official release when going through Facebook’s strict curation and approval process.

Now, the game is available on the Quest via SideQuest — however, unlike many other SideQuest games, To The Top is a paid SideQuest release, available for $15. You can read more about the Oculus Quest version of the game here.

Yes, you can get Virtual Desktop on the official Quest Store. But the best version of the app is only available through SideQuest. Why? Because this version lets you wirelessly stream PC VR games from your desktop to your Quest. While Oculus Link offers similar functionality, the sideloaded version of Virtual Desktop gives you the same functionality but wirelessly. We need to note that you will likely have more latency and video compression when playing PC VR content on your Quest via Virtual Desktop.

In our experience, Oculus Link is a generally smoother experience with less latency, even if it is wired. However, the level of latency and compression experienced will differ depending on a multitude of things, including what router you’re using and its position in your home relative to your computer and your Quest. There are many elements that come into play here – whether you’re using a 5GHz network (which is recommended), how many walls/structures come between your Quest and your router, whether your desktop is running on WiFi or a wired connection, and even how congested your local network/router is at any moment. It will really depend, but it is worth a shot if you want something similar to Link but without the wire.

The modified version of Virtual Desktop is available on SideQuest, but you will still need to have purchased a copy of the version on the Oculus Quest store for the sideloaded version to work.

The official full launch is scheduled for early this year.

Much like LambadaVR, Quake2Quest is a sideloaded app that mods the Quake 2 engine, allowing you to play it on Quest. Similar to Half-Life, you’ll also need to own a version of Quake 2 to be sideloaded alongside the modded engine.

Quake2Quest is available on SideQuest.

VRtuos is similar to VirtualPiano, but much less buggy and with a different purpose. Unlike VirtualPiano, VRtuos actually requires you to own a physical piano, to which you calibrate the app. Once set up correctly, VRtuos’ virtual piano will align fairly well with a physical piano. The virtual keys won’t make any sounds — you’ll need to play the physical piano for that — but the app will teach you a piano piece by overlaying a synthesia-like overlay of notes falling onto the virtual keys, while also tracking your hands’ movement to display in VR.

It’s not perfect, but it was good enough for us to learn the Tetris theme on piano entirely in VR with VRtuos calibrated to match a physical piano. You can read more about the app here.

Cubism is a short demo of a full game that is expected to launch into early access at a later point in time. It is a fun puzzle game that allows you to use your hands to fit different sized objects together to solve puzzles. It can also be played with controllers, but was recently updated to include experimental hand tracking support.

There are quite a few experimental games that use hand tracking on SideQuest, but this one might just be the best. The Hand Physics Lab is a side project from the creators of PC VR title Holoception that puts you in a hand tracking playground with loads of different options. You can do everything from telekinesis to finger painting to chopping off your virtual hand and controlling the dismembered appendage as it limps around on the floor. It’s a fantastic experience that is definitely worth checking out to test the limits of what you can do when you leave your Touch controllers behind.

VRWorkout takes advantage of hand tracking to provide you with a much more draining workout than you would be able to complete with controllers in your hands. You’ll need a lot of room for this one, and should expect to get your blood going with exercises like crunches and pushups. The app pushes your further than any other workout app on the official Quest store and while it’s not perfect, it might be worth a try if you’re looking for something more intense.

This fan-made Pokemon VR app is quite buggy, but will still be enjoyed by fans of the franchise. You can explore various towns from the Pokemon universe and also take part in PvP Pokemon battles with friends or other random players online. Initially only available through manual sideloading, the game is now available on SideQuest.

Blast World is a playful take on a shooter that uses foam dart guns in a variety of different online FPS modes like Zombies Royale (Battle Royale with a zombie mechanic), Overkill (like Overwatch), bomb defusal and capture the flag . The game has just left early access and is available for free, but you can pay $9.99 for a ‘Gold Account’ that grants you access to more characters and extra content.

Another multiplayer shooter, Hyper Dash is currently free while in development. It features 5v5 matches with support for non-VR spectators, controlling drones that they can fly around to spectate the action. There are 3 modes and 8 weapons, and the game combines a variety of movement systems to allow quick traversal around the map. The game is also available on PC VR, and the SideQuest version supports cross-play, which should help reduce queue times.

What are your favorite sideloaded apps on Quest? Are there any that we’ve missed? Let us know in the comments.

This article was originally published on January 6th, 2020 and then later edited and republished on February 17th, 2020 to include new games and updated information. It was then updated again on May 22nd, 2020 with more entries.