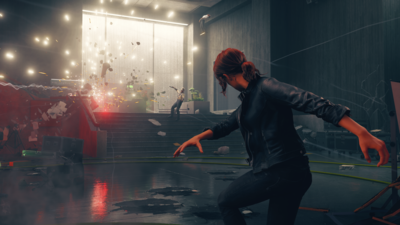 It’s a beautiful day in the metaverse, won’t you be our neighbor in the VRecap? Let’s see what’s up with Oculus Quest, new releases for the week, and even how the coronavirus is affecting VR!

We may have just revealed our weekend movie plans. Anyway! Welcome back to your weekly roundup of the virtual headlines. This week brought with it a smattering of stories, some quite uplifting, but a few that aren’t so cheery.

Let’s start with Oculus Quest, shall we? Facebook’s VR standalone that could just got an update, adding enhanced hand-tracking features. Think that’s enough reason to finally buy a Quest? Well I have bad news; it’s out of stock until March in North America. Not only that but Facebook expects the coronavirus to impact production even further, so it could be a while before one arrives on your door step.

Next up, we’re talking Sony’s recent shuttering of its young Manchester Studio. The team was setup in 2015 to make PSVR games, but hadn’t even revealed its first project when the company announced the closure this week. What does that say for the highly-rumored PSVR 2?

Finally, there’s a new headset to talk about! Click the video above to get a glimpse of the Lynx-R1, a passthrough AR standalone device. Think it’s cool? How about $1,500 worth for cool? Because that’s what it costs.

Okay, onto releases, and this week we’re talking about two content drops. First up is Pistol Whip, which just added its latest free level. Then there’s also an update for Half-Life’s Oculus Quest mod that lets you play the Opposing Force expansion!

Finally, it’s time for our competition! This week we’re giving you the chance to win obscure Rift horror game, Happy Puppets. Want to be in with a chance of winning? Then jump on our Gleam in this very post.

There have been plenty of juicy stories this week, so here are just a few of the ones that didn’t make it into the VRecap:

Okay, it’s time to get out of here. We’ll see you next week! Catch up on past episodes here.