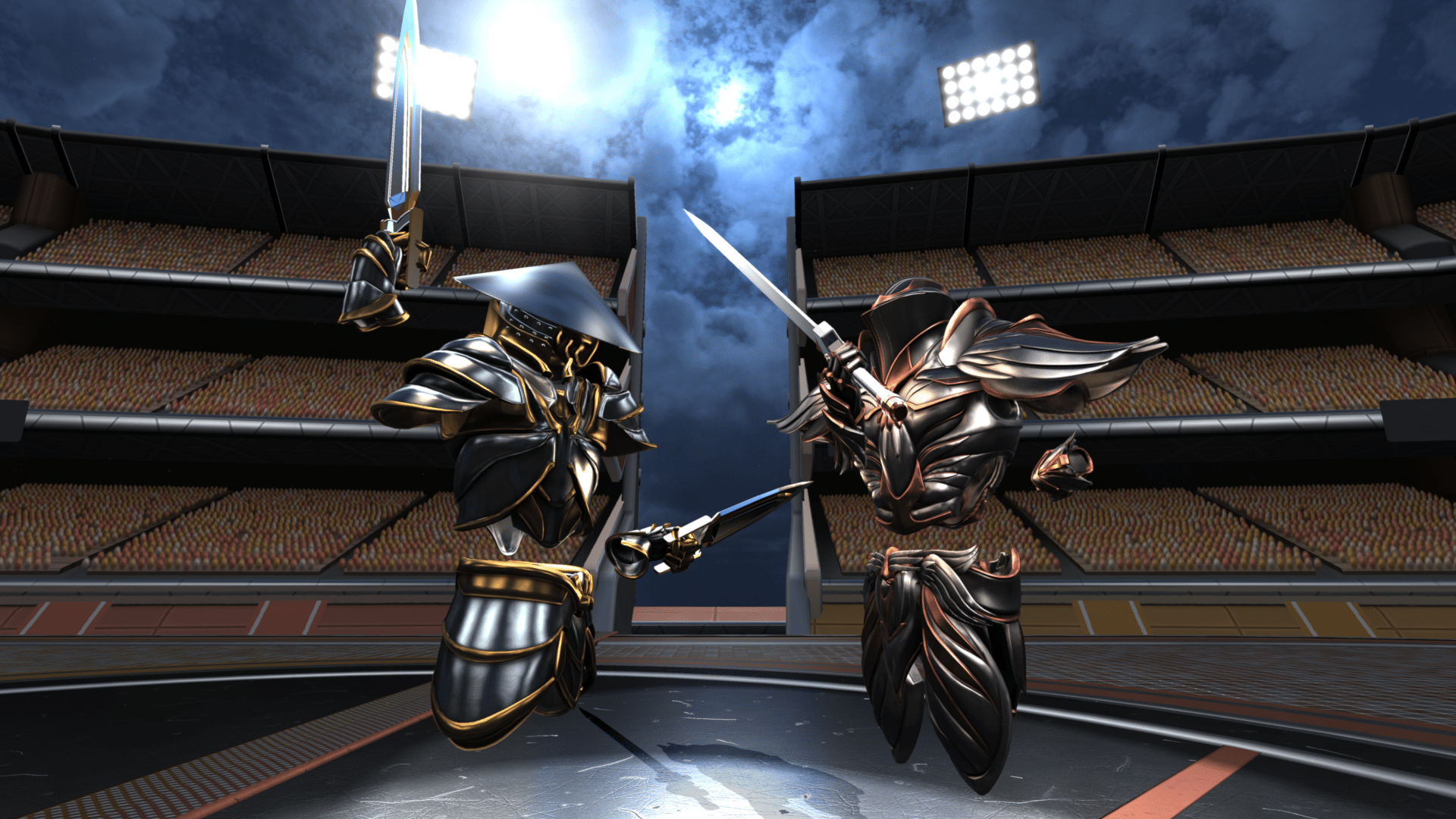 Ironlights, the next VR game from experienced developer E McNeill, has officially surpassed its Kickstarter goal of $15,000. It’s a weapon-based multiplayer VR fighting game coming this Spring to Quest, Rift, and SteamVR headsets.

We first learned about Ironlights as the Kickstarter campaign was launching last month and as of this writing there are still five days left of crowdfunding. Currently it sits at just under $19,000 with pledge tiers ranging from $1 to $200 with $15 as the cheapest tier to get a copy of the game at release this Spring.

There aren’t many VR games out there focused on 1v1 multiplayer combat, so Ironlights is definitely filling a void. A few have tried to nail the thrill, but it’s difficult to make this sort of combat feel good since haptics and resistance are tough with current hardware and controllers.

McNeill is aiming to side some of that by designing the game very carefully. For example, during combat time will slow down and force you to move in slow motion, weapons will shatter on contact so there isn’t disconnect between your hand movement and in-game weapons, and the melee is semi-turn-based as opponents trade off between attacking and defending to make things more dramatic.

Currently the game will have five starting classes that each use different weapon sets:

The Crusader sounds like a lot of fun to me personally, getting the hang of the flail’s swing and physics could be immensely satisfying. Since the goal was reached E McNeill has updated the page with a stretch goal in mind: if it can reach $25,000 then the backers themselves will get to vote on what which class is added to the game next.

We’re particularly excited to see how this performs over LAN multiplayer via two Oculus Quests near each other in real-life, a feature not many developers have built into their games yet.