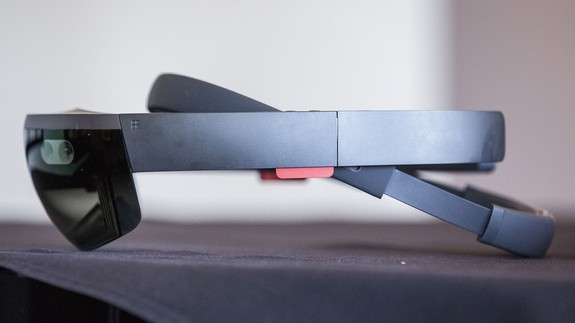 #IIFVAR | The International Investment Forum in Virtual, Augmented and Mixed Reality in #Zurich |

Since the start, HoloLens was aimed at professionals wanting to use Mixed Reality to improve their work. Valorem, a firm with 15 years experience developing advanced user experience solutions with bleeding edge technologies, is using their combined skills to work with airlines, industries, museums and more to create compelling scenarios.

Of course like with every new technology, it requires a lot of brainstorming, experiments and studies to see which scenarios are viable and which are not.

View posts by Laurent Bugnion
Laurent works as Senior Technical Evangelist for Valorem (previously IdentityMine), one of the leading companies (and Gold Partner) for Microsoft technologies such as Windows Presentation Foundation, Xamarin, Windows 10, XBOX, HoloLens, Azure, Office 365 and more. He is based in Zurich Switzerland. Laurent writes for MSDN magazine and other publications, codes in Windows, WPF, Xamarin (iOS and Android), Unity, ASP.NET and his blog is on blog.galasoft.ch. He is a frequent speaker at conferences such as Microsoft MIX, TechEd, VSLive, TechDays and many other international events. He is a Microsoft Most Valuable Professional (Windows Application Development) since 2007, a Microsoft Regional Director since 2014 and a Xamarin Most Valuable Professional since 2015. He is the author of the well-known open source framework MVVM Light for Windows, WPF, Xamarin, and of the popular Pluralsight reference courses about MVVM Light.