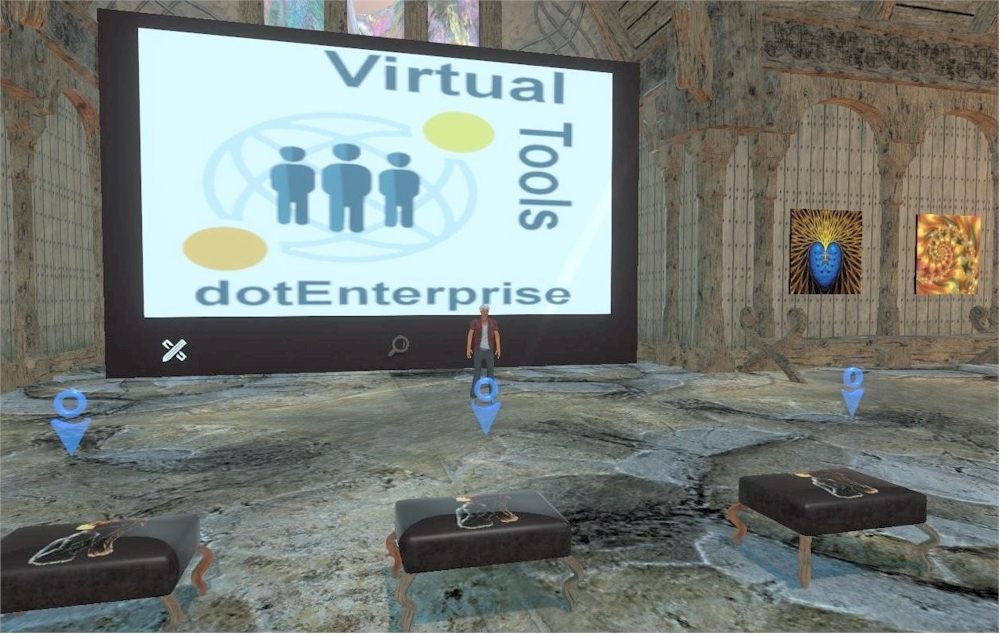 We are living in a time of transformation from a digitally driven economy, also known as the 3rd industrial revolution to a new type of society, where for the first time in history, humans will no longer be the exclusive intelligent production force. This deep transformation has a huge impact on all levels of our society including property, which will change from material (land, natural resources, factories) to digital (digital storage space, computation power, digital assets), a workforce which will change from humans to artificial intelligence (AI) driven robots (different from the currently used industrial robots which are not AI machines), and communication which will change from real life (human-human) to virtual (human-avatar-human) type, such as social networks (Facebook, Instagram, Twitter), and virtual worlds (Second Life, Altspace, Virtual Chat, Sinespace). Learning the lessons from the past, where
such deep transformations always brought destructive events like wars and revolutions, we can question whether our developed society will succeed to find better solutions. Education and particularly the new very powerful Immersive Learning (IL) approach could play a decisive role in a peaceful and smooth transition.

Immersive Learning places individuals in an interactive learning environment, either physically or virtually, to replicate possible scenarios or to teach particular skills or techniques. Benefits from IL includes: learn by doing approach, fun by use gamification scenarios, safe environment, high knowledge retention, creation of intense memories and quantified feedback. Indeed IL corresponds perfectly to the need for rapid and efficient conversion of massive human resources to new professional backgrounds. In this article i would like to share our experience of applying IL technology in several user cases.

Training workers to react in emergency situations
We have developed in collaboration with Developing Countries Vaccine Manufacturers Network (DCVMN) a Virtual Reality (VR) application for training workers to react to a spill accident in vaccine production (see Fig.1). A very simple scenario was implemented in which the user connects a hose to a chemical reactor, but when the reactor runs, the liquid leaks from the connection. The user should then perform a series of manipulations to mitigate this accident in a limited time. While in AI-driven production such a situation will never occur it was useful to test this learning approach to draw conclusions about the attitude of users during such training. We have performed test on 25 people from among the decision making personal of vaccine manufacturing. Two of them rejected this approach, commenting that this could not be useful since the training of workers is completely different. About 1/3
were very positive and exited from VR, mentioned however some weaknesses like, unrealistic environment, or manipulations. Most of the users have however difficulties to run the VR application since they never have been use this equipment before. The best score obtained during this experiment was 9 from maximum 12. As positive aspect, users mentioned the low cost of such training, the safety, the high involvement (gamification scenario) and low degree of anxiety about making errors. Nobody reported themselves to be motion-sick or have any other disturbance from the use of VR headset.

Testing VR in a class of nutritional and healthy lifestyle program.
We have tested VR with 8 participants in a low carbs nutritional program. Two of them have been using VR setups before. The opinion of all participants was very positive on the use of VR for learning in nutrition, mentioning that this is highly involving and pleasant environment with exception of one participant who objected that this is helpful mainly for games and for children. Here we also observed that participants have difficulties in manipulating the controllers and VR sets. Nobody was motion sick from the test.

Virtual worlds
Virtual worlds are computer generated environments which simulate real world physical laws, topography, locomotion and communication between participants in real time. They usually support a large number of simultaneous participants (up to 1000) and could be played on two (flat computer screen) or three dimensions (VR). Such environments offer good opportunities for learning, meetings and conferences and could be used as platforms for rapid low cost development of high quality IL scenarios. Interestingly the first 6 day virtual conference called Educators in VR International Summit took place recently. It was held simultaneously in several virtual worlds including Altspace, Engage VR and others. This event brought together over 150 speakers with an enthusiastic public of many educators, learners, researchers, and experts in VR, AR, who shared their passion for integrating immersive technology in education.

The participation rate was high with an average of 20-30 participants in a presentation, but there were a few technical problems where users were disconnected or could not see the content of the presentation. We also noticed the cartoon- like avatars which did not contribute to immersion.

On the other hand virtual worlds like Sinespace offer high quality avatars and very realistic physical behaviors, but demand high end computers to process the content