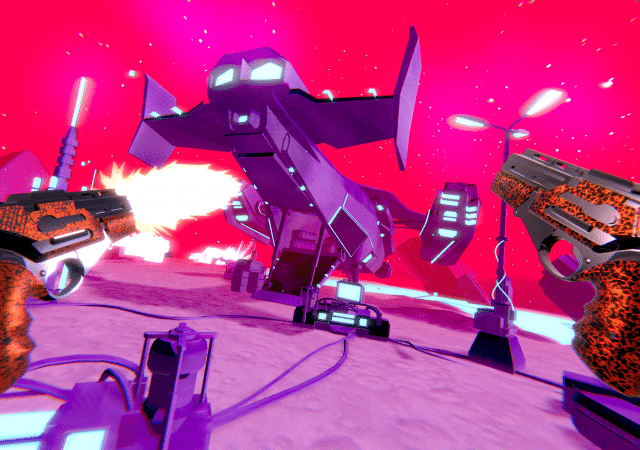 Pistol Whip on PSVR is getting a free update today to bring over the free, new campaign mode, 2089, that debuted on PC and Quest last month.

Pistol Whip 2089 deviated from previous Pistol Whip releases in the sense that it added a “cinematic” campaign mode rather than just individual song tracks like it had before. This mode still features the iconic neon-soaked aesthetic and borrows heavy influence from the likes of Terminator.

The story is delivered via narrated dialog and comic book-style artwork between moments of gameplay. It’s a really good format that we hope to see other non-traditional VR games adopt or iterate on going forward. You can read more about the development process here.

I can tell you that, personally, when I first played the release version of Beat Saber after spending time with Early Access and saw a single player campaign option, my mind immediately hoped for something like this rather than just nodes on a map with objectives.

People probably don’t play games like Pistol Whip for the story, but it certainly does offer something unique and engaging in a way that “just another” music track never could. It would be great to see Cloudhead continue down this path with more structured, narrative content in Pistol Whip if for no reason other than we get to enjoy them flexing their story muscles once again while we wait for updates on The Gallery Episode 3.