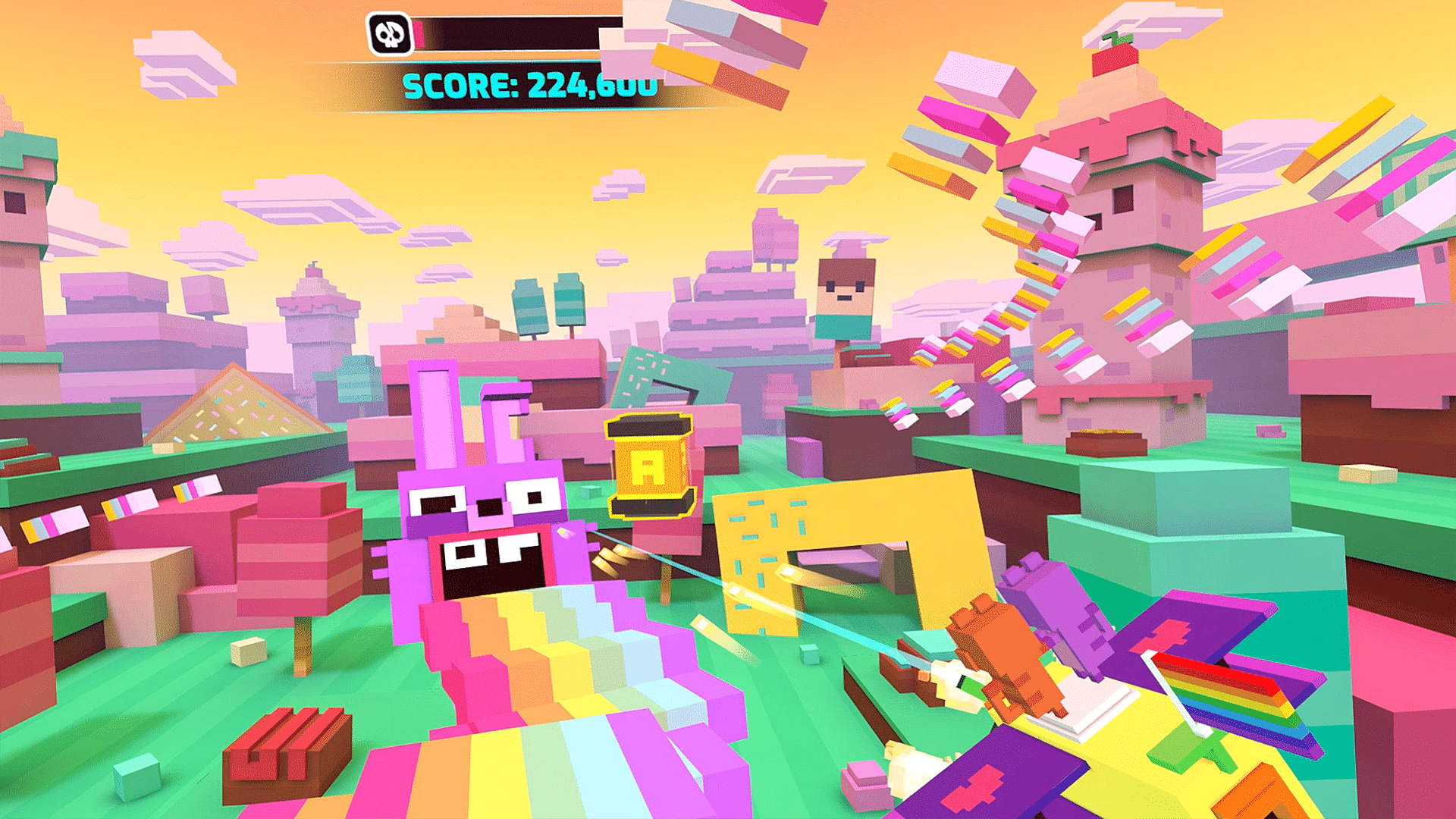 The arcade shooter Shooty Skies Overdrive launched on Steam for PC VR last week, after an Oculus Quest and Rift release earlier in the year.

While the game launched for Quest and Rift last month, it was only available on the latter through the Oculus Store. Now, Shooty Skies Overdrive is flying its way onto Steam and brings with it support for more PC VR platforms like HTC Vive and the Valve Index.

The game is a bullet hell wave shooter from Mighty Games and Matt Hall, the co-creator of the famous mobile game Crossy Road. Shooty Skies Overdrive features 5 different levels in its campaign, each with a different aesthetic theme and three difficulty settings to work through.

We enjoyed the game in our review last month, even if it did leave us itching for a bit more than what we got:

In terms of aesthetics, performance and gameplay mechanics, the team at Mighty Games have absolutely nailed Shooty Skies Overdrive and developed a strong foundation. But the campaign (which is currently the only way to play the game) feels limited in scope no matter which difficulty you play on, and perhaps misses opportunities to take those strong games foundations to a new level.

As with any game, you mileage here might vary depending on your genre preferences. If you love wave shooter, bullet hell chaos, then Shooty Skies Overdrive takes those concepts and applies them to roomscale VR in an exciting way. However, the campaign fails to elevate those concepts to something more substantial, and some players might finish wanting more.

You can read more in our full review here. Shooty Skies Overdrive is available now for Oculus Quest, as well as PC VR on Steam and the Oculus Store for $9.99.