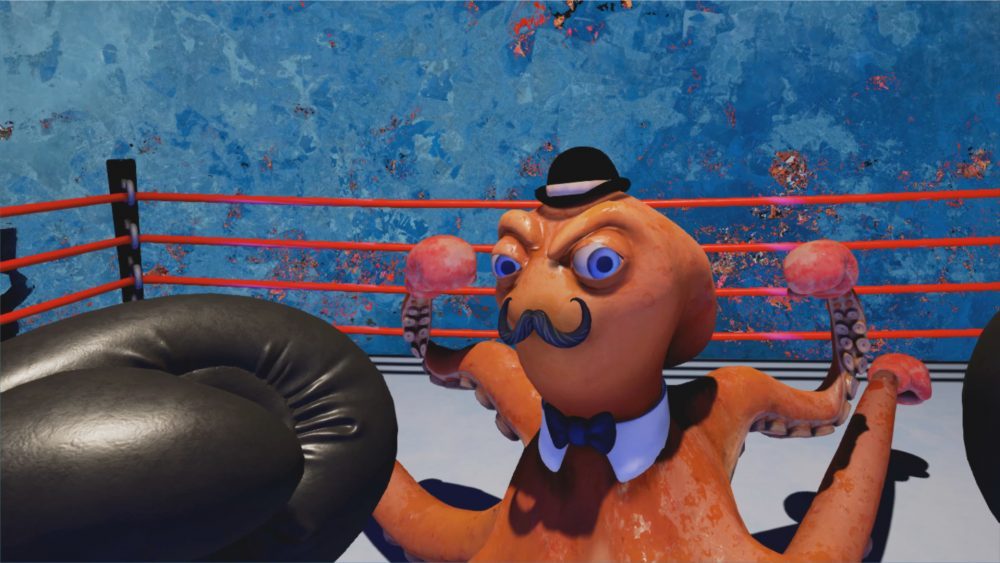 Another contender is stepping into the ring on Oculus Quest. Grab Games’ Knockout League hits the platform soon.

The slapstick VR boxing game will launch on the standalone headset on October 17. An Oculus Store listing for the game confirms as much.

Knockout League is a little different from other VR boxing games like Creed: Rise to Glory and The Thrill Of The Fight (both of which are either on or coming to Quest). While the game does have a deep combat system, it’s far from a simulation. Your enemies, for example, range from a mad scientist using technology to confront you to, well, a tea-drinking octopus named Sir Octopunch. Need I say more?

We were quite fond of Knockout League when it first launched on PC VR headsets. “Knockout League is a VR game that makes no qualms with trying to hide what it is or fool you into thinking it’s something more,” we wrote. “This is about as direct a translation of the classic Punch-Out!! arcade-style gameplay as you’re going to find and it absolutely works, even if it lacks some originality.”

The game’s since come to PSVR too.

The store listing confirms that the game will support cross-buy. That means if you bought the Rift version of the game on the Oculus Store, you’ll get it for free on Quest. Otherwise, it’ll cost $19.99.

There’s plenty more Quest goodness on the way, too. Synth Riders is due before the end of the month and Pistol Whip finally arrives in early November. Best charge those headsets.

Will you be buying Knockout League Quest? Let us know in the comments below!