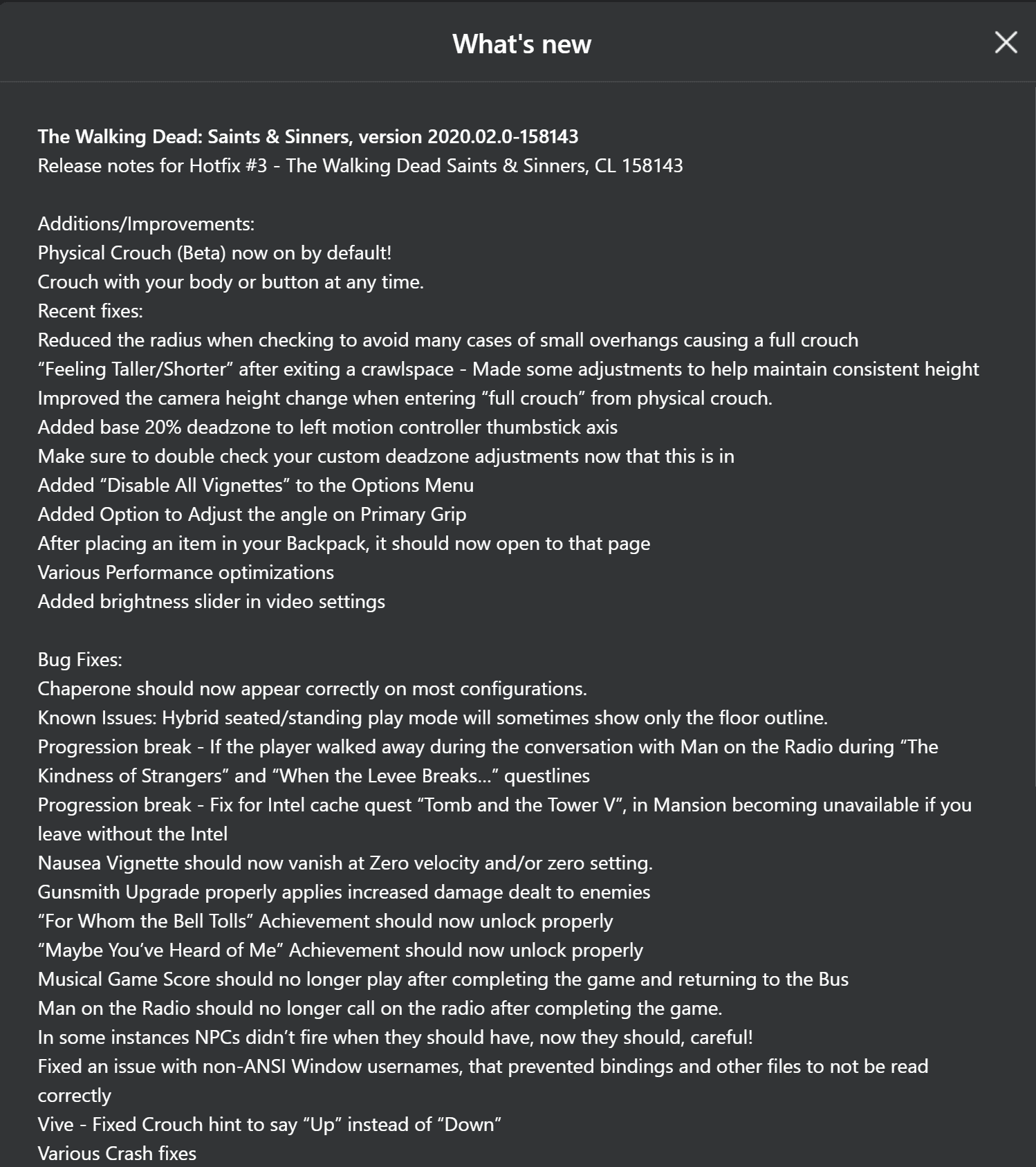 Another update to The Walking Dead: Saints & Sinners has enabled physical crouching by default, which was not originally an option at launch.

A controller-enabled crouch via a button press was initially the only option for Saints & Sinners players, which meant that the virtual world moved with you in a 3-DoF-esque fashion if you tried to physically crouch while playing.

However, the alpha version was not enabled by default and actually had to be enabled outside of the game, by editing the game’s setting files on your computer. So while the fix was there in an early stage for those who knew about it, there were no doubt many who still weren’t aware of the option. As of the latest update, Saints & Sinners’s physical crouching support has progressed to beta and is now enabled for all players by default.

The Walking Dead was perhaps one of the franchises we least expected to produce an amazing VR game, however we were really impressed with Saints & Sinners in our review. Have you been enjoying the game? Let us know what you think down in the comments below.