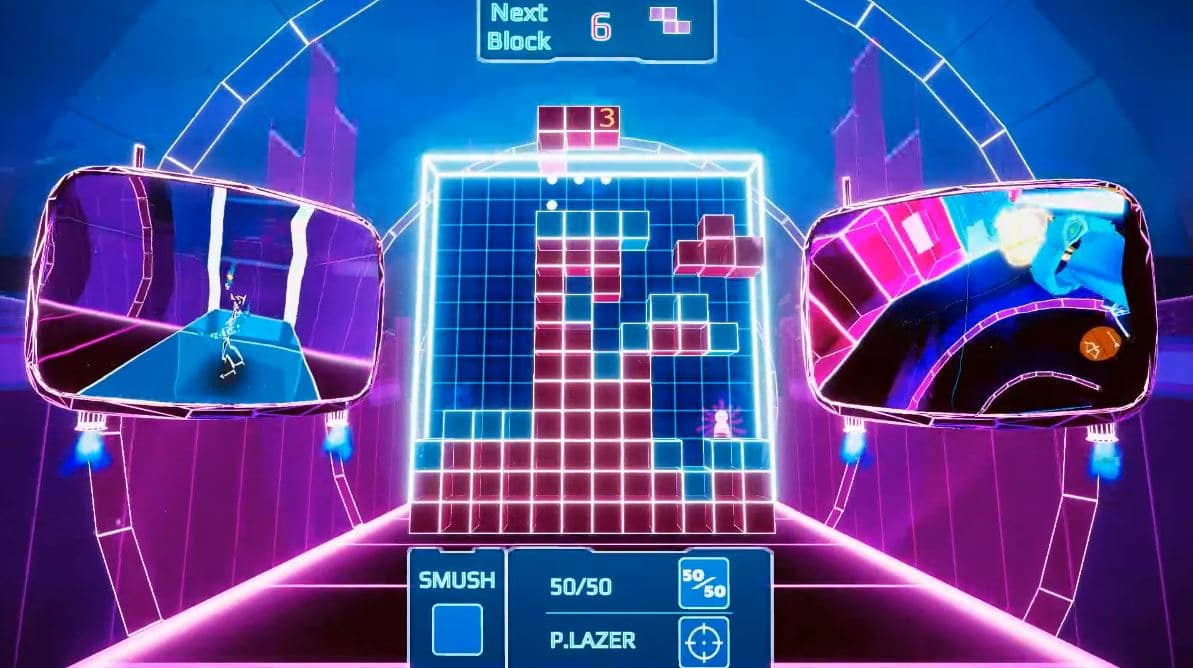 An upcoming asymmetrical VR game, SMUSH.TV, will allow VR players to compete in a frantic and competitive environment against up to 5 non-VR players. If you imagine playing VR inside a game of Tetris — except that the blocks are also being sent at you in real time by your friends — then you’re probably on the right track.

Asymmetrical VR is the term used when a VR games involves one player in VR while one or more players can interact with, or influence, the player in VR through non-VR devices, such as mobiles phones, consoles, or a computer. There have been some great examples of asymmetrical VR games over the years, such as Keep Talking and Nobody Explodes, Acron: Attack of the Squirrels, Reiko’s Fragments, and Eye in the Sky.

In SMUSH.TV, the VR player will attempt to avoid being squashed by blocks sent to crush them by the non-VR players, while also attempting to reach the top of the tower. It’s also got some rhythm elements to the gameplay and will allow for custom songs to be used in-game. SMUSH.TV also supports Steam’s Remote Play Anywhere feature, meaning you can join up to play the game online as well with friends.

The developers commented that they “went into development with the goal of evoking the same feelings that playing games like Super Smash Brothers or Street Fighter locally with friends/at tournaments do.” However, on that note, they did warn that the game isn’t easy and has a significant learning curve when you consider all the different levels, songs, and power-ups.

SMUSH.TV launches into early access on February 27th for PC VR. You can find more info on the game’s Steam page.