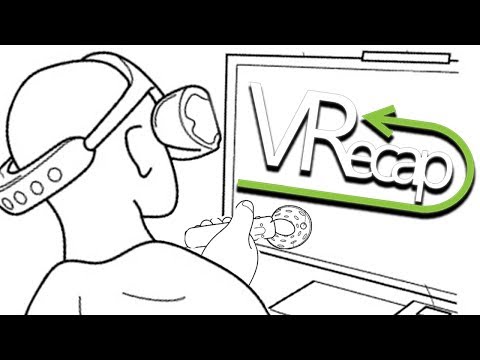 Hello! The VRecap is back! We missed you!

Apologies for missing a week, you might have seen we had a few other things to make. Incidentally, make sure to check out our new VR Culture Show and the brand new VR Download podcast!

Anyway, lots to catch up on. We’re kicking off the week with talk of a new PSVR patent from Sony. There’s some interesting new designs in this one, and this week’s news of PS5 coming out for holiday 2020 has us hyped.

We also take a trip to HTC camp to hear from newly-appointed CEO Yves Maitre. He says he’s not sure that beating Facebook’s Oculus is the company’s main target. What do you make of that?

Finally, we’re talking about the new Avengers VR experience, Damage Control. This MCU-set adventure is coming to The Void locations in the US and Canada next week. A new trailer reveals some very exciting surprise characters.

As always, we’re also rounding up the latest VR games, including a little launch by the name of Asgard’s Wrath. Concrete Genie and a new version of The Excorcist VR also round out the week.

And for this week’s giveaway we’re tossing out something that’s sure to hook your interest: Ultimate Fishing Simulator VR! Click here to enter or submit in the widget below directly.

And that’ll about do us for the week. If you’re liking the VRecap, let us know! If you think there’s stuff we could improve, politely also let us know!